The 2016 Intersport Townsville Triathlon Festival hosted the inaugural Triathlon Queensland SCODY Club Championships – North Queensland over The Big Weekend from Friday 19 – Sunday 21 August.
Townsville’s hub, the Strand, was buzzing with over 1,000 athletes and participants taking part in the weekend’s events.

Triathlon Queensland Clubs from Cairns to Cloncurry came together in Townsville for the first dedicated Club Championships for North Queensland, a welcomed addition to the 2015-16 triathlon season.

With $5,000 in prizes on the line, thanks to partners SCODY, ten Queensland clubs lined the shores of Townsville ready to race it out over five events where athletes could earn club participation points and championships points. Taking out the top title was going to be a whole club effort, with athletes entered and ready to race in the Kids Try, TRI4Women and the Sprint TRI.

Home club, Free Radicals Tribe were the favourites going into the weekend, but newly formed AZURE TNQ didn’t make the trip down from Cairns to go home empty handed and gave them a run for their money. At the end of the weekend it was Townsville Triathlon Club that earned the lead with promising results on Saturday of racing and would go home with First Place, AZURE TNQ brought it home in the Team Relay TRI for second and Free Radicals Tribe hot on their heels finishing in Third of the inaugural SCODY Club Championships – North Queensland.

Triathlon Queensland Executive Director, Tim Harradine said “There was a brilliant vibe over the whole weekend - exciting racing, amazing passion and camaraderie among the clubs, festive atmosphere and really positive outcomes for Queensland’s triathlon scene. It was fantastic to be a part of the weekend and experience all North Queensland has to offer and absolutely provides a great foundation to build upon and enhance the product for next year. We’re already planning how we can make it bigger and better for 2017”. 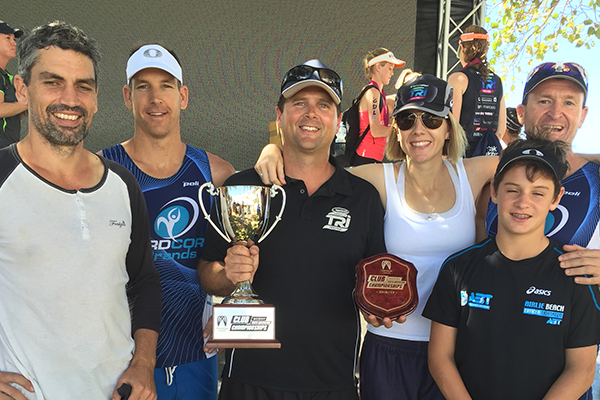 Townsville Triathlon Club Inc were surprised by the result with Secretary Lucas Hobbs adding “We weren’t expecting to come away with awards or titles but it was fantastic to see all the athletes that came out of the woodwork to support the event and the club. We had some strong performances in all age groups, but special mention must go to our younger guys who really put in and gave it a good go. We have been running the club for about 4-5 years just myself and Mick and this is fantastic to see that the club is still alive and kicking. It gives us real hope for the future and definitely helps refocus and bring the club together as a whole.

Now that we have a goal, we will be back for sure next year to try and retain the title. The SCODY Club Championships – North QLD was a great addition to the event and we are looking to invest the prize money into delivering more training events and back into the club to help develop the younger athletes.

We would like to thank Triathlon Queensland and SCODY for bringing this to the North, it was great to see all the clubs be recognised through the individual and club awards which was given out on the weekend”. 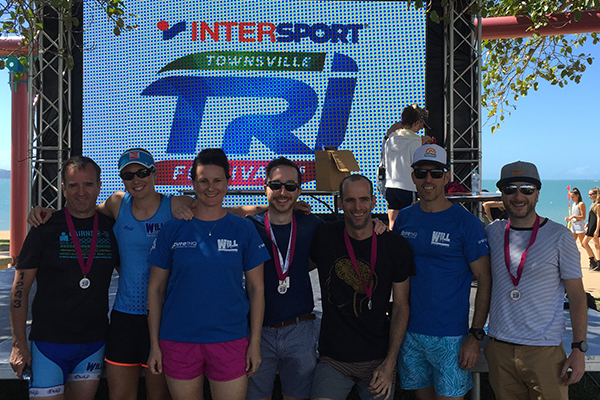 Second Place Champions, AZURE TNQ’s Bill Evans said “The weekend’s events in Townsville were a great experience for our club, from our youngest juniors who are just beginning their triathlon journey through to our world class development squad members who used the weekend to practice race tactics in preparation for upcoming world championship events. As a club we all enjoyed the weekend and we are already looking forward to next year’s event to go one better”. 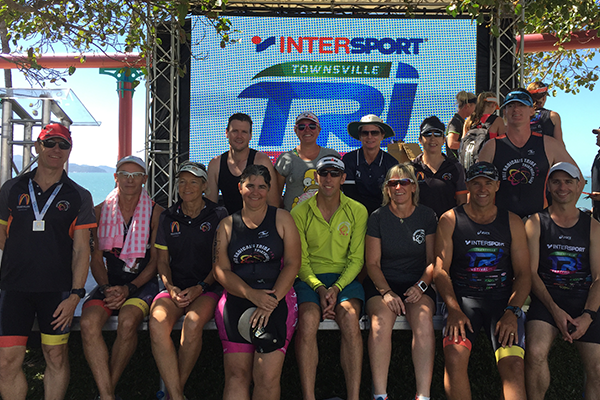 The Free Radicals Tribe turned out in force over the weekend “We had over 60 club members participating. Many members took the opportunity to compete in the individual sprint, team super sprint and ocean swim, Free Radicals kids also turned out in force with a stream of orange and black little tri suits swimming, biking and running around the closed off section of Townsville’s foreshore. The Super Sprint event addition this year proved very popular with families and friends putting in fun teams to finish off the weekend. Free Radicals Tribe looks forward to next year’s event with a constantly growing membership, the future is bright for everything triathlon in Townsville.” said Free Radicals Tribe Triathlon Club Treasurer, Pam Pemberton.

A big thanks to Club Championship sponsor SCODY Australia for their support of the inaugural event, who provided massive prizes for the winning clubs.

An essential to race day preparation, pasta, was on offer at the Townsville Triathlon Festival’s Carbs with the Stars where athletes were joined by the event’s Ambassadors, keen triathlete and former professional Rugby League legend Mat Rogers, V8 Supercar Driver Will Davison and three-time Nutri-Grain® IronWoman series champion Courtney Hancock. 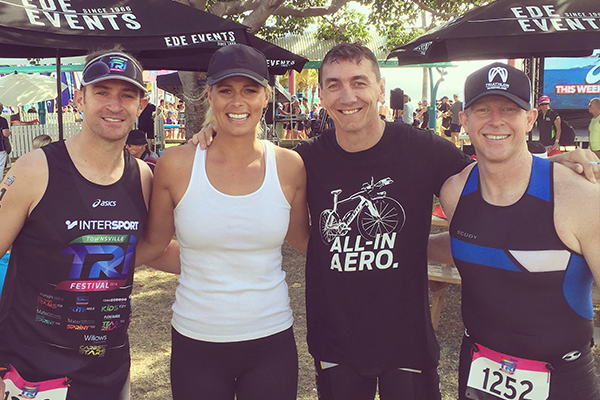 Saturday, marked the first day of racing and a big one for the Club Championships with 4 of the 5 opportunities for clubs to earn Championship points through athletes racing in the Sprint Tri and Super Sprint Tri in the morning and the Kids Try and TRI4Women in the afternoon.

AZURE TNQ’s Justin Gordon put in a top performance for 1st in 40-44 males and 10th overall in males.

Cairns Crocs’ triple threat locked up top points in the females with Emma Simpson, first female across the line at 01:09:19, followed by Fiona Lenz with 01:11:05 on the clock and Emily Houston not far behind with a third time of 01:11:22.

Mackay Tri Club’s, Megan Moa came in 15th overall in the females with a 2nd in the 50-54 females.

Townsville Triathlon Club Inc athletes showed impressive form with Luke Sypott celebrating sixth overall in the males and a 1st place in 35-39 males, along with Rachel Effeney who finished 7th overall in females with a 1st in 25-29 females and Jenny Mason finishing 1st in 45-49 females. 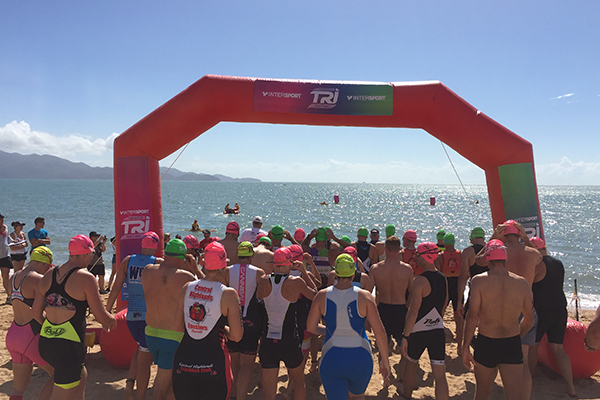 Triathlon Queensland in the North

While in Townsville, Triathlon Queensland took the opportunity for a much needed catch up with the Club Committees of North and Central Queensland clubs, chatted Junior Development with all Junior Development coaches from Cairns to Mackay, lined up a meeting with Northern School Sport to discuss regional selection and triathlon programs in schools, securing the future for triathlon in the Queensland and creating pathways for regional Queensland.

“The Townsville Triathlon Festival is a highlight event on the calendar for North Queensland based technical officials.  With so many events over the 3 days, there are plenty of opportunities to officiate at an event on home ground, and show athletes from near and far a warm welcome. The Technical Team at Townsville are a passionate and dedicated group, and had a great time and as always, showcasing Tropical Queensland’s beautiful courses, weather and environment” said Sally Teiniker, Triathlon Queensland Sanctioning Officer.