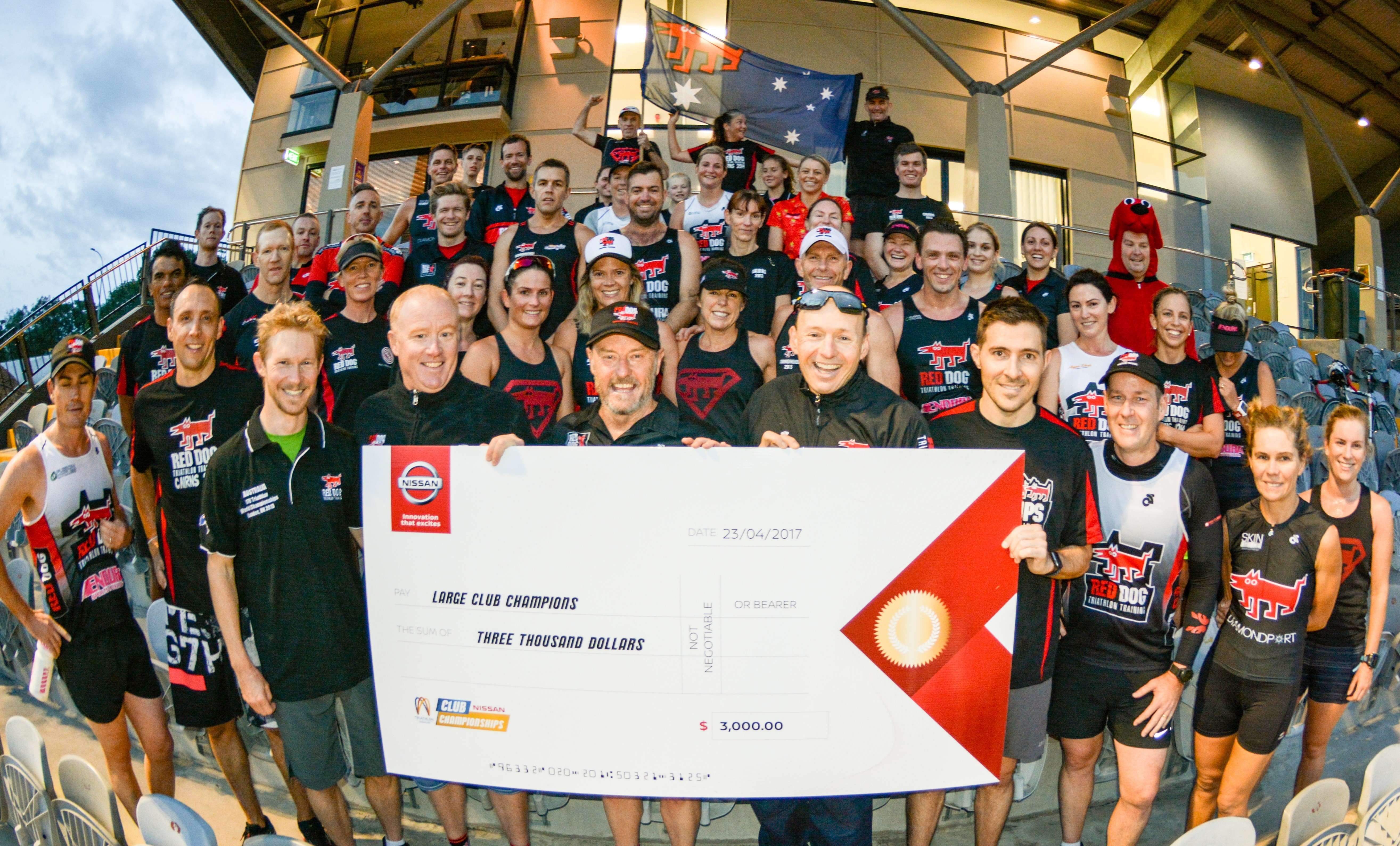 Trent Patten is the Head Coach of Queensland’s largest Triathlon club – Red Dog Triathlon, who has been named the Nissan Large Club Champion by Triathlon Queensland five years in a row. We sat down to learn more about his coaching background and what makes Red Dog such a successful club.

Where it all began

In the early 1990s, Trent attended St Laurence’s College in Brisbane and spent most of his teenage life training and competing in triathlon, swimming, athletics and cross country but jokes that his resume now as a coach outweighs any of his own performances as an athlete. As a triathlete, Trent trained with coach Troy Fidler at Yeronga Park Pool and UQ Athletics Track. He also started off his coaching work experience under Troy’s guidance.

Trent became a swim coach at Yeronga Park in 1997 working with Head Coach Rick Van der Zant. He had the opportunity while at Yeronga Park to work with para-athletes, coaching a number of swimmers competing in the Paralympics in Sydney 2000. In 2004, he moved to the Valley Pool as an assistant coach to Stephan Widmer, where he worked with Olympic swimmers Christian Sprenger, Leisel Jones and Libby Trickett (formerly Lenton).

Trent later became Head Coach of Commercial Swim Club, one of Australia’s longest standing and highest profile clubs. Trent expanded the reach of Commercial, introducing a new masters program and a focus on developing juniors. In 2008, Trent started Red Dog Triathlon, which he operated alongside his coaching responsibilities at Commercial. In 2013, Trent moved his energies to focus on Red Dog full time. In the same year, Trent also kicked off the Red Pups squad for juniors, providing opportunities for parents to involve their children in the sport and tap into training sessions run at the same time and venue.

After 20 years of coaching, Trent Patten now owns and coaches the biggest triathlon club in Queensland. His squad offers a full range of training opportunities to athletes of all ages and abilities. “Whether it is helping people to the starting line of their first triathlon or the finish line of an IRONMAN, I really loved the idea of being outdoors, being able to interact with a wide range of people from different walks of life It is something that I still enjoy, even to this day,” said Trent.

Trent added, “Triathlon coaching provides a number of different opportunities to interact with people from beginners right through to the age group champions. Helping people achieve their goals, whatever they may be, is incredibly rewarding”.

Despite the club’s large size, Trent and his coaching team pride themselves on offering a quality service which has led to them winning five Triathlon Queensland Nissan Club Championships and five IRONMAN TriClub Championships. However, it is not all about the awards, as Trent emphasised, “success is measured on many different levels. I get just as much satisfaction seeing a 45-year-old female complete her first IRONMAN 70.3 as I do seeing my wife win her age group at the IRONMAN World Championships in Kona. As a coach, it is so much more than a podium finish - participation and sustainability in the sport is key.”

Trent attributes Red Dog’s continued growth and success to the provision of high quality coaching from his team and the culture he has developed in the squad. Most of their new members are through word of mouth referrals for people who see the presence, performance and positivity of Red Dog athletes at races.

Development of the Group

“I didn’t have any grandiose plans when I started Red Dog. As the years progressed and athlete numbers increased, I knew I had to give more time to Red Dog to provide a level of coaching I felt my athletes deserved. So I committed to Red Dog full time and thankfully I have seen the benefits of that decision with the club’s continued growth,” Trent explained.

“When you’re passionate about something, you live and breathe it. Having a genuine interest in my athletes means I engage with them on a personal and professional level – I think this helps me remember information that makes them feel valued from knowing what is going on in their lives, whether it be important benchmarks for them, race times or achievements or their family members. I try to stay abreast of what’s going on at work and at home and focus on getting the best out of them, whether it’s from a technical or psychological perspective in training” says Trent.

“The flexibility of training schedules really attracted me to triathlon in addition to the motivation of those participating in the sport. Adults are involved in triathlon because they choose to be, not because they have to be (which is often the case in swimming). One of the things that I also enjoyed after making the switch from coaching swimming to triathlons was the beautiful destinations that you get to travel for races and the fact that the triathlon races are usually done and dusted across a Sunday morning. As a swim coach, I would find myself out at Chandler from sun up on a Saturday morning to sun down on a Sunday night and it would be quite challenging trying to maintain relationships with friends and family with such a big commitment over the weekends” says Trent.

“We just brought Coach Cath (Rogers – from Vision Tri Club) on to the Red Dog coaching team, which will add a lot of value to our program and scope for extra sessions across the timetable. From a competition point of view, we have a large number of people working towards the ITU Age Group World Championships on the Gold Coast in September. We have a steady stream of enquires from people starting out in triathlon so we will be helping these people to their chosen start line in the best shape possible. In Red Dog, we love a destination race so I am looking forward to taking a big Red Dog contingent to IRONMAN 70.3 Bintan next year. It should be epic!” says Trent.