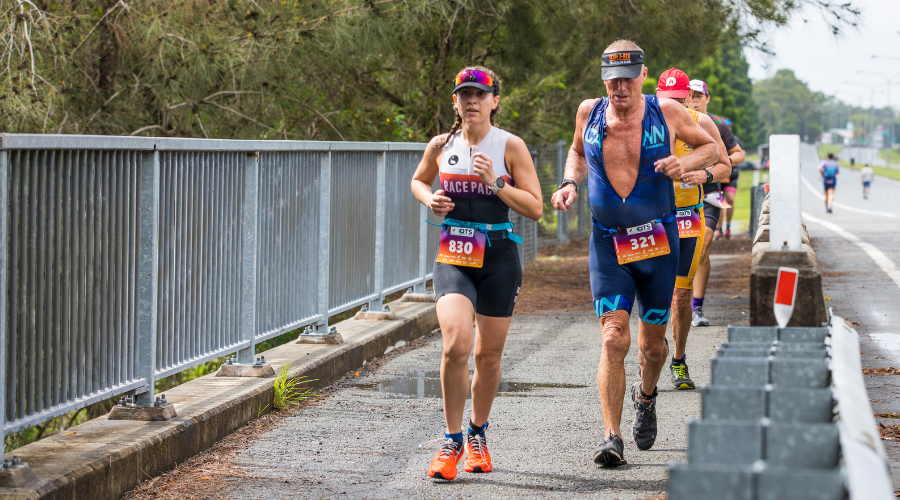 On an unusually wet weekend on the Gold Coast, triathletes lined up at the Pho3nix Queensland Triathlon Series Round 5 held at Robina which played host to this years State Standard Distance Championships – State Series event.

With this being one of the first races in 2022, the race would reward those triathletes who doubled down on their training over the holiday period and stayed focused on setting themselves up for a successful start to the new year.  A large field of athletes took to the start line to find out who would be crowned State Standard Distance champion in their age group as well as bank valuable Triathlon Queensland - State Series points.

The two-lap swim, five-lap bike and three-lap run standard distance course (for those aged 18 years and older), allowed all athletes to keep a close eye on their competition at many points out on course making for some very close racing from start to finish. While the wet weather made the bike course that little bit more challenging, the rain eased up for the run leg meaning that athletes were met with humid condition for the final 10km dash to the finish line.