Triathlon Pink: A great way to get involved

Triathlon Pink: A great way to get involved

The importance of inclusive spaces for women in sport 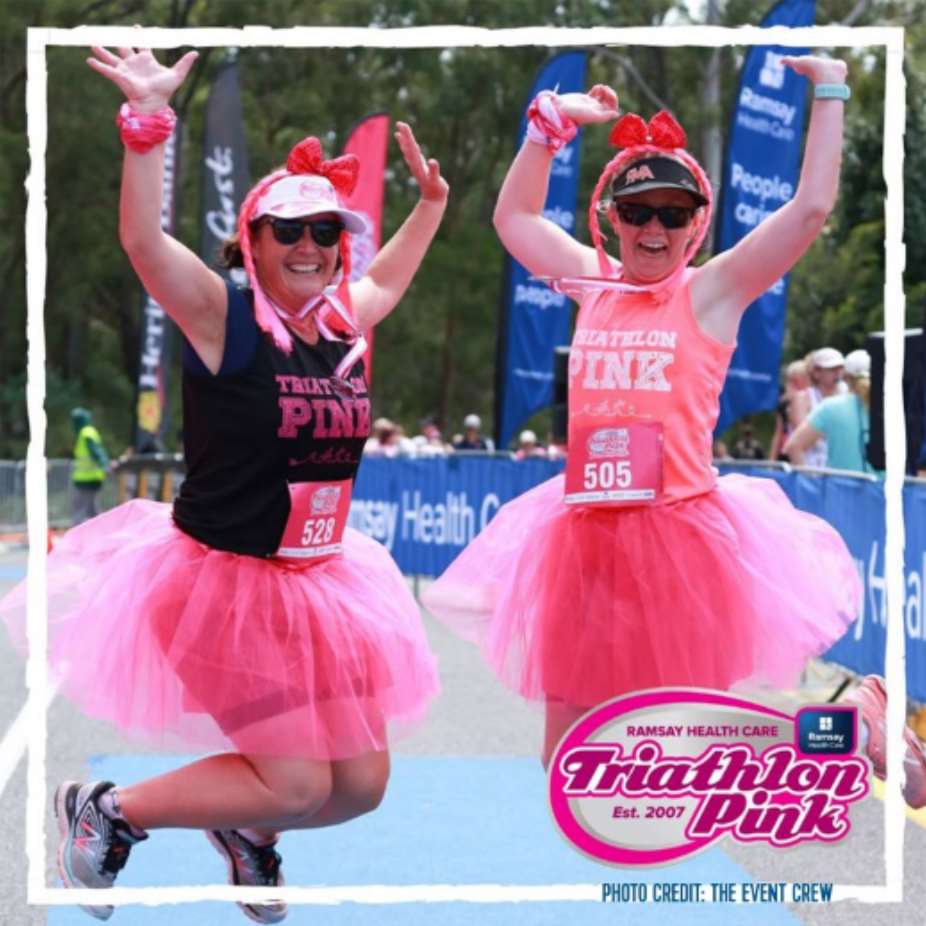 Yesterday, the penultimate Triathlon Pink for the 2019/20 season took place on the Gold Coast, bringing the race series back to Queensland after visits to Perth, Sydney, and Melbourne. Over 600 women and children took part across seven different triathlon and running events for a day of fun, competition, and most importantly, inclusion. Now in its 14th year, Triathlon Pink offers a great opportunity for women of all fitness levels to get involved in triathlon in a safe and energetic environment.

Unlike other triathlons that require adherence to strict training programs and early morning wake-up calls, according to past competitors, the best part about the Tri Pink series is that no previous triathlon or fitness experience is needed. Without a focus on performance or finishing times, the main factor for participants is enjoyment and trying something new.

"I hadn't ridden a bike since primary school, and I hadn't swum since high school, so I was terrified the first time I did Tri Pink. I didn't understand the concept of transition, or what you needed to bring, or anything that I know now; I even brushed my hair and changed my shoes in transition in my first race!" says Michelle Lember, a long-time Tri Pink participant and competitor in yesterday’s event.

"After my first race, even though it was a new experience for me, and even though I was scared beforehand, once I crossed the finish line, I knew I could do better. Watching all the women around me having fun and trying their hardest, I knew I wanted to come back. After that, I rallied my own friends to give it a go, and together we all entered one of the Gold Coast races the next year. It was such a great experience."

Emma Marsh, another competitor who completed her first Tri Pink in 2013 and has consistently taken part since, says the experience of a fun, inclusive environment never changes.

"Most of my fitness prior to Tri Pink was due to stroller groups that I did with other mums in the park. We did a lot of walking, boxing, and other fitness activities together, but I'd never run in my life. I couldn't even fathom running 100m, let alone competing in a triathlon! When we all turned up together and competed alongside one another, it was an amazing experience; being able to do an entire swim, cycle, and run by myself was awesome."

"After my first race, I felt an incredible sense of achievement, like I couldn't believe what I'd just done. I didn't even want to know my time, just like I don’t want to know my time from yesterday's race; it's not about your time, it's about getting involved and giving it a go."

"It's a great lesson for my young daughters as well; they don't need to worry about their time, or how fast they go, it's just about having fun. Life can be really stressful, and Tri Pink is a great way to take part in something positive and bigger than yourself.”

“My two daughters both competed yesterday for the first time as well. They’ve seen photos of me racing in previous events, and when I asked them how they’re feeling about their race, they said that they just want to have fun and try their best." says Emma.

The Tri Pink series is organised by the Event Crew, one of Queensland's largest event coordinators, and it is sponsored by the National Breast Cancer Foundation (NBCF), Australia's leading national breast cancer research body. Through Tri Pink, NBCF aims to raise $90,000 from the six-race series to continue funding world-class research, and work towards their goal of zero deaths caused by breast cancer by 2030. So far, almost 1,500 donations have been received throughout this race series to raise almost $83,000, and with such a strong focus on breast cancer research and fundraising, it's even easier to consider taking part and raising money.

"I think that's the beauty of a charity event" says Michelle. "It's not about you; it's about showing people with breast cancer, their friends and families, anyone who is going through something this terrible that they aren't alone. If I keep that in mind when I'm out on course, I'll be okay."

Emma also reiterated that taking action against a cause like breast cancer is very important and inspirational, and great motivation to get involved.

"Seeing everyone wearing pink, wearing tutus and getting all dressed up, seeing the smiles on people's faces and how happy they are to make a change is so great. People cross the finish line while doing cartwheels and silly jumps, high-fiving their friends and families and complete strangers who have lined up near the finisher's arch. They're having fun and raising money and awareness for a fantastic cause at the same time; that's definitely the best part."

Cultivating female-focused events, clubs, and safe spaces is incredibly important in sport. Events like Tri Pink that push participation, rather than results, as the main goal help show that it's not necessary to stick to a strict training or meal plan to achieve results; getting out there, having fun, and feeling like you belong is much more important.

Both Michelle and Emma echo the importance of spaces for women in triathlon, and that Tri Pink is a fantastic way for women to ease themselves into the sport in a safe, comfortable, and supportive environment.

"Triathlon may be an individual sport, but you also tend to train as a group. You really get the chance to be social with people who motivate you through injury or training lulls, help you on days you don't want to get out of bed, and when it seems impossible to train. That's the beauty of triathlon" says Michelle.

"The physical benefits are great, but the mental health benefits of being able to train and race alongside like-minded women are even better."

Emma agrees that the social side of triathlon really helps you stay motivated.

"When you work full time, it's hard to make time for both exercise and a busy social life, but triathlon and Tri Pink helped me get out of the house and train alongside other mums. It's not just great for your own mental health, but you pass along your healthy habits to your children, who in turn pick them up as well. It's a great sport to do as a family, because there's so many events with team entries, so you can do it with your kids or your partner; anyone can do it, you don't really even have to train!"

For women who have wanted to try a tri but haven't yet, Michelle and Emma say there's nothing to worry about.

"You don't even need to be fit to take part in Tri Pink, because it's not about your time or your fitness whatsoever. You can just set yourself a goal, join a team, or just have a go. It's all about having fun, raising money and awareness for breast cancer, and helping to inspire as many people as you can." says Emma.

"Don't be scared because of what your bike looks like, what your clothes look like, however long it's going to take you; it's definitely worth it, and there'll always be people with you every step of the way, clapping and smiling. Just have a go!" says Michelle.

The last Triathlon Pink of the season is being held on March 29 on the Sunshine Coast, so there's still time to sign up. Grab your girlfriends and get going, because it's an event that you'll remember for years to come. More information can be found here.