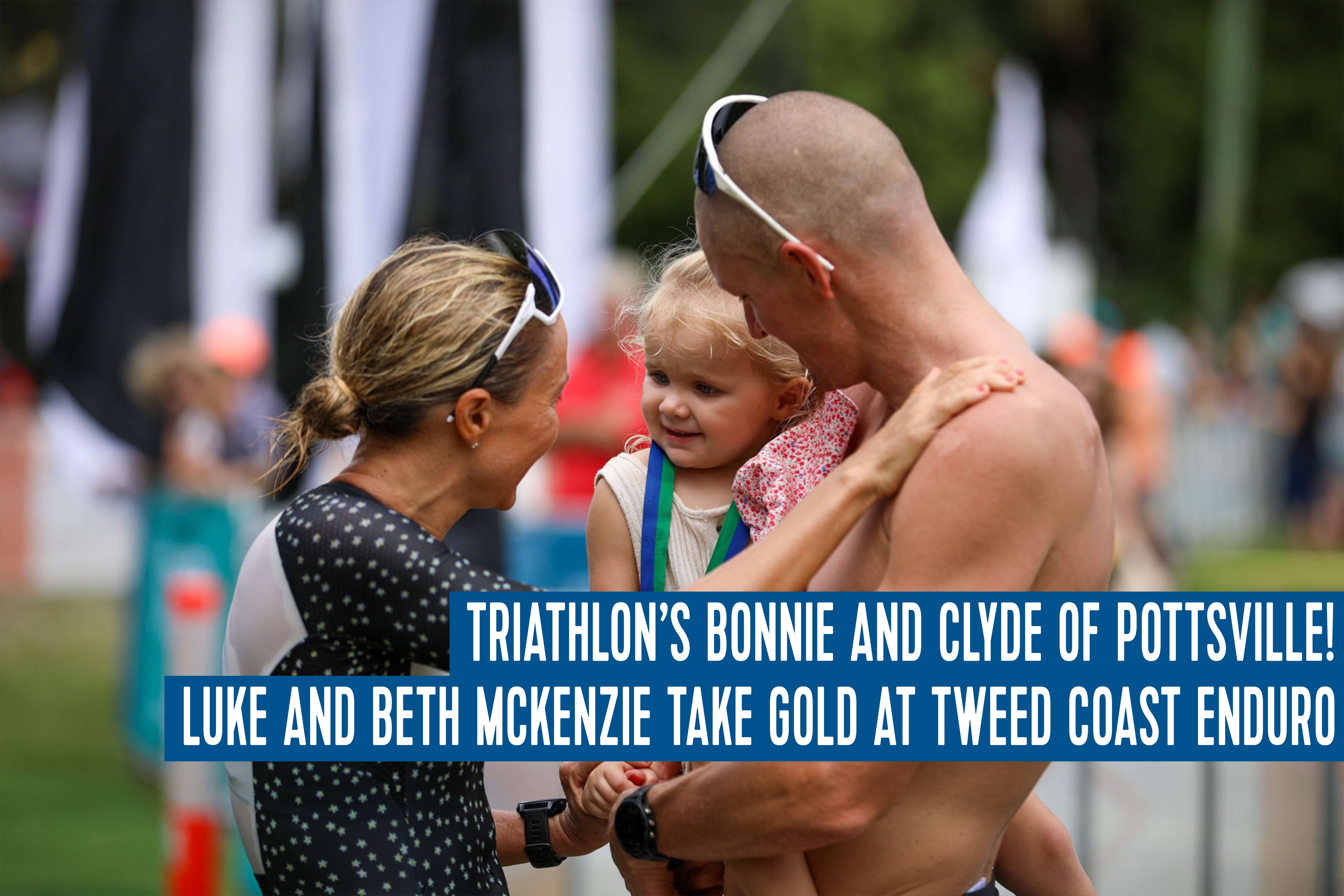 As we near the highly contested conclusion of our Nissan State Series for the 2019/20 season, the competition is as fierce as ever, with athletes descending this past weekend on the Tweed Coast in Northern New South Wales to take part in this season's Aquabike championship. Competitors flocked from all over the state to compete in the 1.9km swim/90km cycle format race, which served as a great chance to save their knees from the run, but still posed a tough fight to the finish line. As well as the Aquabike event, athletes also took part in a Sprint triathlon, and an Enduro event, which saw competitors duke it out over the same tide-assisted 1.9km channel swim and four lap 90km cycle course, with an added three lap 21.1km run to finish off; truly not an event for the faint of heart. Over 650 participants assembled on the starting line on Saturday to test their limits, have some fun, and score points for themselves in the last legs of  this season's Nissan State Series.

After an event lead-up of questionable weather and doubt over whether the swim leg for all events would be permitted due to subpar water quality, all three events went ahead as planned, with athletes and spectators alike treated to a gorgeous morning, filled with cloudless skies and still air. Athletes swam in the picturesque Mooball River (downstream for Sprint athletes, upstream for Enduro and Aquabike athletes), then dried off and cycled the length of Tweed Coast Road, just in from the coastline down to Wooyung and back (one 22.5km lap for Sprint athletes, four of the same for Enduro and Aquabike). While the Aquabike athletes then racked their bikes and pushed forward for a photo finish, the Sprint and Enduro athletes hammered it home with a riverside run (one lap of a 5km course for the Sprint athletes, while the Enduro athletes managed three laps of a 7.03km course). The prime conditions stayed enviable for a few hours, treating the sprint racers to a great morning of racing, but unfortunately, as they say, good things don't last forever. The perfect race conditions left as quickly as they came, with clouds swiftly filling the sky, and an almost inhumane headwind on the bike course which belted the Enduro and Aquabike competitors mercilessly throughout the bike and run legs of the event.

Nevertheless, winners were crowned, with dynamic husband-and-wife duo Luke and Beth McKenzie taking out first place in both the men's and women's Enduro, making the race look effortless as they slipped in with comfortable leads ahead of their second place-getters. Beth finished her Enduro race in a time of 4:24:08, with Meredith Hill taking out second in 4:28:18, and Shannon Chapman rounding out third in a time of 4:44:57. The men's race was more hotly contested, with Luke nabbing first in an oh-so-close time of 4:00:12, with Pete Jacobs finishing in second at 4:03:00, and Lindsey Lawry coming home with third in 4:04:50. Special mention to Queensland age groupers Nathan Dortmann, who whipped home in an impressive time of 4:08:04, and Cath Collis, who missed out on a podium finish by less than two minutes with a killer time of 4:46:49.

Congratulations to all athletes who raced across all races, and special mention to the Queensland athletes who took home State Championship titles in our Nissan State Series Aquabike event. With only two more races to go in the Nissan State Series, time is running out to climb the leader board. Official entries for the Kingscliff Triathlon close this Wednesday, with the race taking place on Sunday, March 22. After that, we look forward to one last hurrah, with the Nissan Club Championships taking place at the Moreton Bay Triathlon on Sunday, April 19. With $9,000 in prize money on the line to clubs with the highest points tally, there's no better reason to register, score some points, and walk away with some cool, hard cash! Register for Kingscliff Triathlon here, and register for the Nissan Club Championships at the Moreton Bay Triathlon here.