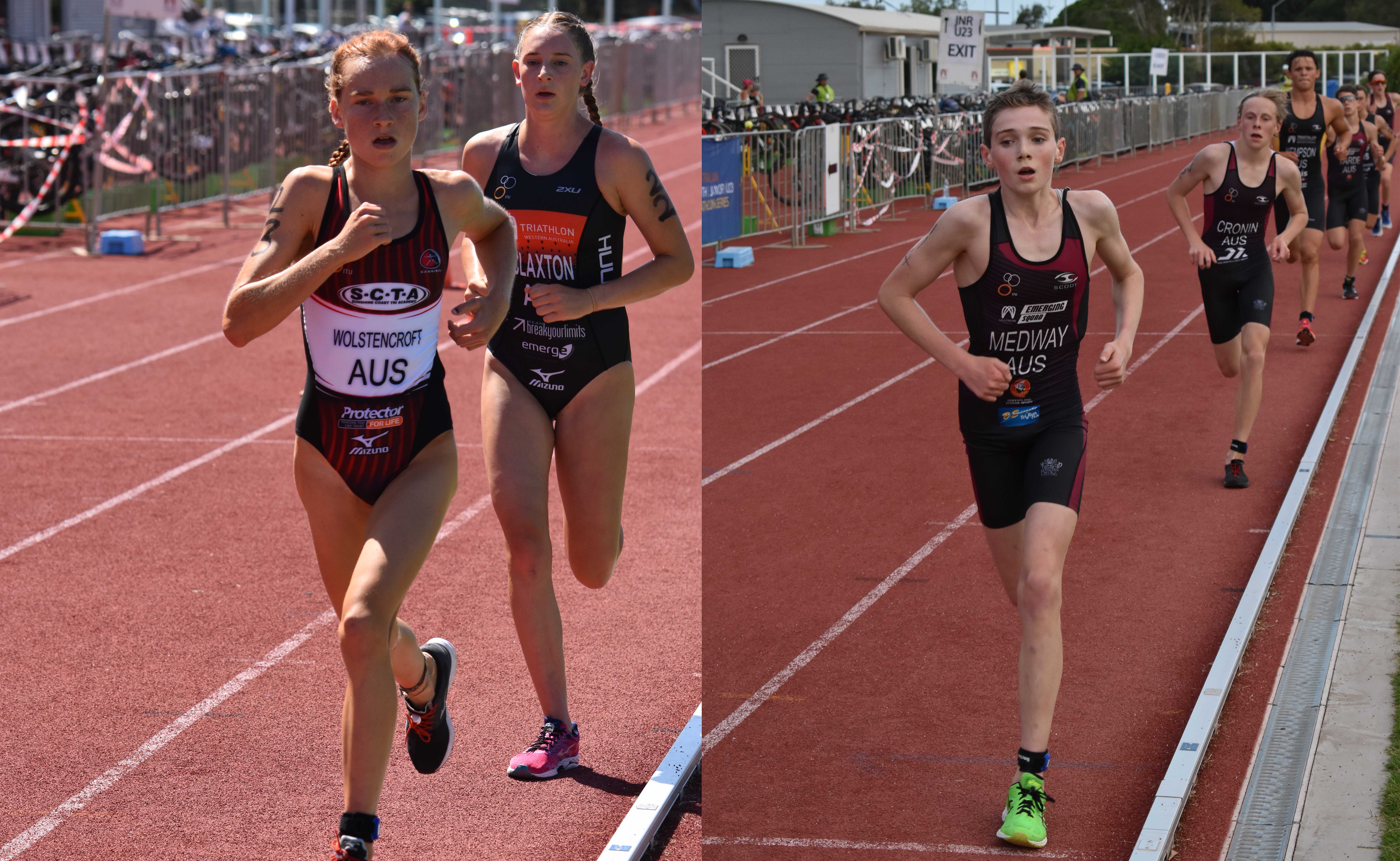 Queensland's young athletes put everything on the line at the first race of the Australian Youth | Junior | Under 23 series at Runaway Bay last weekend.  For most of our young athletes, this four day racing festival is the highlight of their season, and the perfect lead into a Christmas break.

It was a clean sweep for Queenslanders in the  Under 23 male and female categories with Garth Prowd Scholarship winner, Jo Miller taking out the first place, followed by Katinka Von Elsner-Welsteed and Annabel White.  For the men's event, local Kye Wylde took line honours followed by Nic Free and David Pinto.

For the first time, Juniors racing in the series have the chance to win their share of a $10000 travel and product bursary.  A joint initiative between Triathlon Australia and Scody, the top three male and female Junior athletes at the end of the Series will take home a package worth $2500 for first place, $1500 for second and $1000 for third place.

Youth A Females were beaten for first place, but Tara Sosinski, Richelle Hill and Chloe McLennan followed closely on the points table. The Youth A Male category was too strong with Queensland's contingent, with Lachlan Medway and Oliver Cronin taking out fifth and 6th place on the final tally.

Youth B Females was won by Queensland's Gabby Martin with Jazzy Shults taking out third overall.  Martin was the only athlete across the weekend to win every single one of her events.  It was a clean sweep in the boy's event with Jackson Medway leading Jack Crome and Thomas Feldmann both in the final, and in the point tally.

The  Australian Youth | Junior | Under 23 Series heads to Glenelg, South Australia for the next chance to earn points on towards the overall Series title.