On the couch with Steve

On the couch with Steve 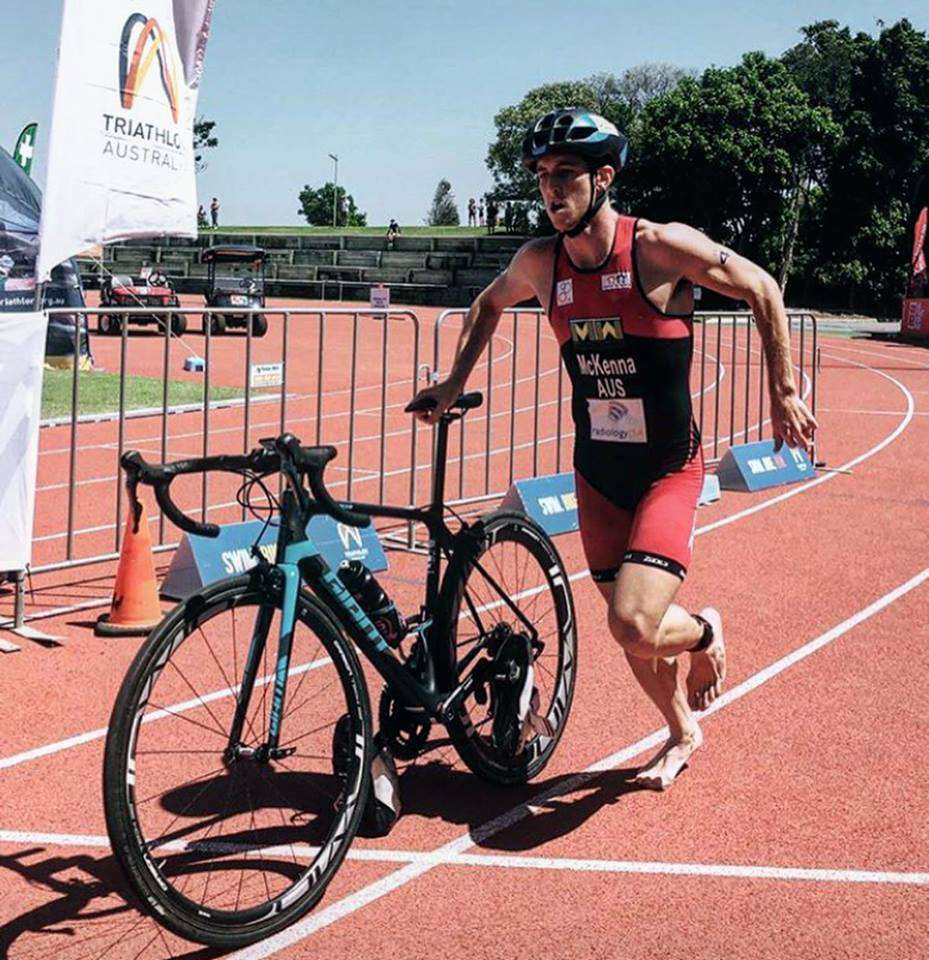 Steve McKenna has notched up a lot of South Australian wins since converting from Football only a few years ago. In recent weeks he’s been identified as an athlete of interest by Triathlon Australia’s High-Performance Unit. While the honor is significant, it also represents a sizable shift in focus from long course to the short, punchy style of ITU racing. We caught up with Steve and asked him about this new development and what it means for him.

The change of focus: the switch from long to short, how did it all happen?

The opposite of what most do of course! I'm not that young anymore (26yo) but after starting at 23yo luckily the Triathlon Australia staff that identified me think I could be young enough in the sport to work with. I did some testing at the Australian Institute of Sport with Triathlon Australia’s High Performance Unit at the end of January. They liked my numbers and it lead from there.

Where will you be based for the next 6 months?

The next 6 months I will be based in Lennox head with some members of the squad competing on the Gold Coast in the Commonwealth Games (not me of course!!), then Wollongong and then heading over to Spain, where I’ll be based in Vitoria-Gasteiz, Basque Country for 4months.

Who will you be training with? i.e what other athletes?

What races will you target ?

ETU races, French Div 1 Grand Prix races, racing for Saint Geneveive Triathlon Club (above Paris - Vincent Luis team) and hopefully qualify for a World Cup race during or by the end of the Euro trip with the squad

How does this influence study? What are you studying?

It's great news for my study (and social life!!) as attempting to work 20-25hours a week at Health Care Australia, study a few Law/Marketing subjects and train 15-30hours a week was getting old quickly. Without the 20-25hours of work and becoming a full time athlete I now have the opportunity to take on a little more study and finally knock this DBL degree over, which has about 10 subjects to go out of 40. It will be very hard to leave friends, family, girlfriend and the long term/long course racing plan with my mate and my current coach Matty White who I have accomplished so much with in a short space of time. However, thankfully Matty and I agreed that the support and excitement this opportunity brings is worth giving a crack and if it doesn't end up working out well for me then I won't have lost a thing, only gained valuable knowledge, experience, speed and hopefully swim ability!!!! I will stay aligned with Matty and the TriSA community and Adelaide will always be home to me.

When will you be back?

I'll be coming back every chance I get, but it will mostly be between training camps, OS trips and races along with hopefully coming back for some State series races next season.

Sponsors you want to thank?

I would love to thank all of my long term sponsors who saw potential in me 2years ago when I was still just getting started and who have played a huge role in my rapid progression as a Tri Kook! Including:

Along with a massive thankyou to new sponsors made up of blokes at my Football Club - Rostrevor Old Collegians, like Ben Dineen from Duplex Carpentry and particularly Leigh Mosel from Radiology SA who rounded up a few mates including Luke Crozier from McDonalds (Seymour, Kilmore, Wallan Sth - Victoria) and Jonathon Cabot from Orthopaedics SA (Surgeon who fixed my leg after the footy accident that lead me to triathlon through rehab). These guys are the only reason I was able to financially afford accepting Triathlon Australia's offer to join a High Performance squad (...and Mum/Dad can't be forgotten). These businesses and companies have selflessly supported me to see where this opportunity takes me (Olympics or not) and I will never forget it.

Lastly, Triathlon SA (Jesse, Jason, Garth) and people like Steve Stubbs (excelsports race organisor) and Pete Nolan (race presenter) have been incredible from day one. They go above and beyond to support the local triathlon scene and are keeping it going strong, I have really enjoyed being apart of promoting Triathlon in SA with all of these guys and will continue to round people up to support local racing.

We’ll be checking in with Steve over the winter months to see how it’s all progressing. Thanks to Steve for sharing his journey with all of us and we’ll be cheering him on all the way.

Let us know who you think should join us next on the couch?