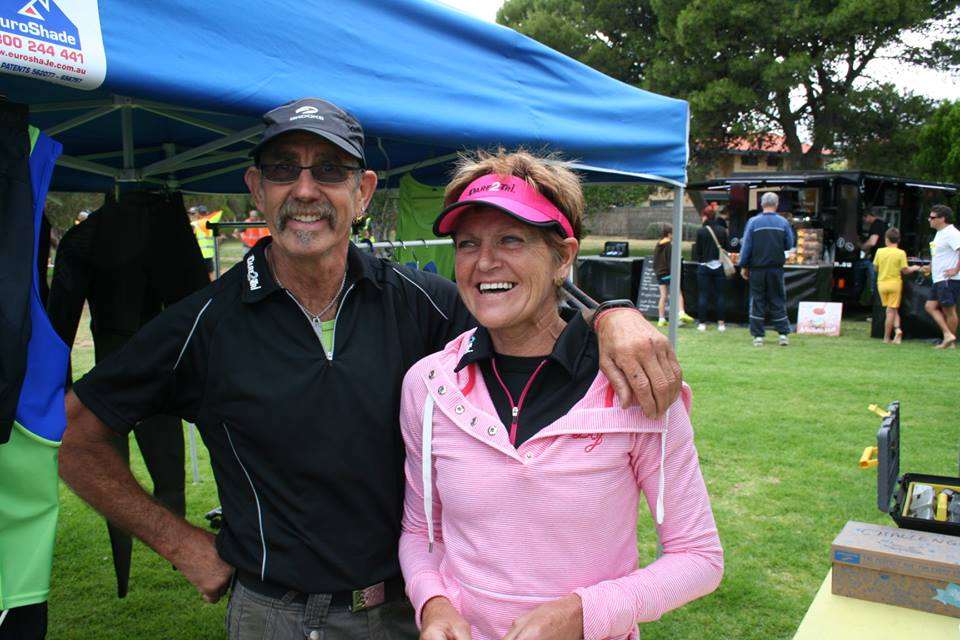 The board of Triathlon South Australia were proud to induct Marcus Roberts and Trudy Fenton as Life Members at its Annual General Meeting on Sunday August 13th.

Trudy & Marcus have owned and operated Gatti Sports Promotions since, 1998 and actively been involved in and competed in Triathlon since 1986. Prior to this Marcus was a member of the Triathlon SA Board for 6 years between 1991 and 1997. During this period Marcus was a sub committee member tasked with creating a regulating structure to the Sanctioning of Triathlon events in South Australia. This work contributed to the current National Sanctioning Guidelines.

During this same period Trudy Fenton served as Triathlon SA’s Administrative Officer. This role involved all administrative work, of which there were many hours, performed in their own home in a purely voluntary capacity as there was no National Funding at that time. Many may remember the Monthly Full colour publication “TASA Mag”, created edited and published by Trudy.

Since purchasing Gatti Sports in March 1998 they set their mission to provide safe, fair and fun triathlon racing to each and every person whom would like to take part. In doing that they have over the years, introduced many new people to the sport particularly juniors and families. The 2017/2018 season will celebrate 20 years of Marcus and Trudy’s ownership of Gatti Sports, and is a fitting time to induct them as Life Members.