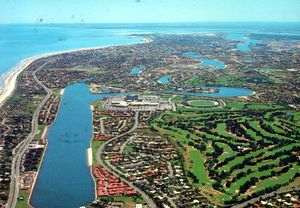 Following recent media stories of fish dying in West Lakes, the City of Charles Sturt were forced to advise swimmers to avoid swimming in West Lakes while representatives of the Environmental Protection Agency (EPA) and Primary Industries (PIRSA) conduct testing to determine the cause of these fish deaths.

Subsequently, Triathlon South Australia has been advised by the Environmental Protection Agency that low water oxygen levels resulted in fish dying in West Lakes last week. This poses no public health risk to humans (as we don't have gills), and poses no restrictions to swimming or the upcoming Gatti Sports Promotions Australia Day Triathlon.

This advice has been echoed by the City of Charles Sturt
https://www.charlessturt.sa.gov.au/page.aspx?c=56018