The Triathlon SA Junior Development Program is open to all junior athletes aged 13 to 23 years who are members of Triathlon SA (age as at 31st December 2020).

The aim of the program is to provide a positive and enjoyable environment for athletes to develop skills, experience and knowledge in the sport of triathlon to reach a high personal level in triathlon competition.

Athletes may be on their journey along either the age group or elite pathway.

The Triathlon SA Development Pathway provides skill development sessions that complement the essential work of home coaches and club-based programs, and also provides a pathway to represent their state at the National Junior Series. 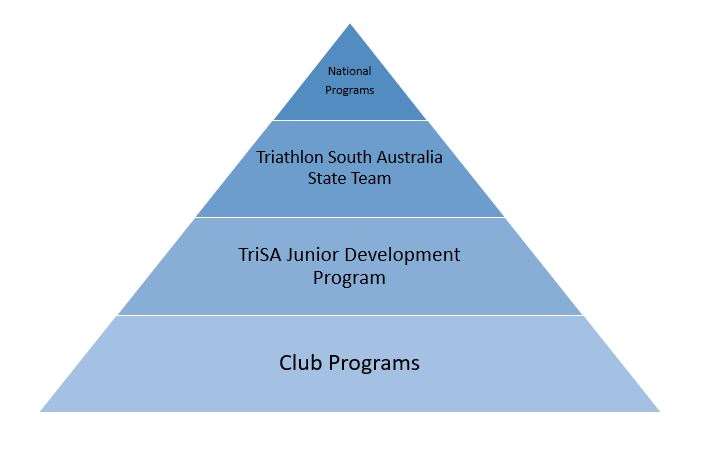 The program consists of

While our program includes a pathway towards racing at the highest level nationally, it is not for everyone and that’s okay! Our program is about fun and learning. Additionally, our program is not meant to replace the development learned with an athlete’s home coach environment.

In addition to the benefits of the Development Program, athletes will also receive discounted apparel such as a team shirt and race tri suit at discounted rates.

Selection trials to the State Squad will be completed by 20th September 2020.

Selection to the State Squad for 2020-21 season will be based upon the following:

Race results will be a major consideration in selection, with performances at the following events considered:

While not yet published, Triathlon Australia has indicated that there will be performance benchmarks required to enter the National Youth and Junior Series. These will be communicated to all once published.