We are just days out to one of the most picturesque and adventurous off-road events on the Multi Sport calendar.

The iconic Snowy Mountains will play host to the Australian Cross Triathlon National Championships on the 23 February 2019.

Current National Champions Ben Allen and Penny Slater are both looking to defend their titles. Ben nabbed fifth pace at the 2016 ITU Cross Triathlon World Championships and second place behind New Zealander Sam Osbourne at last year’s TreX Snowy Mountains. With only a few minutes behind the Tasman rival, Ben just needs to give it a little extra this year to get past the kiwi in this exhilarating and testing event. Last year on 24 November , Ben and his wife Jacqui Slack both took home gold in the TreX Goldfields in Victoria.

Speaking of his win, “any win on Australian soil is good” considering his focus is on the international offroad scene. He’s anticipating a huge season ahead, with Xterra in Asia, races in Europe and finishing off in World Champs. He has also just been accepted in the team heading to Spain in April for the Pontevedra ITU World Champs. 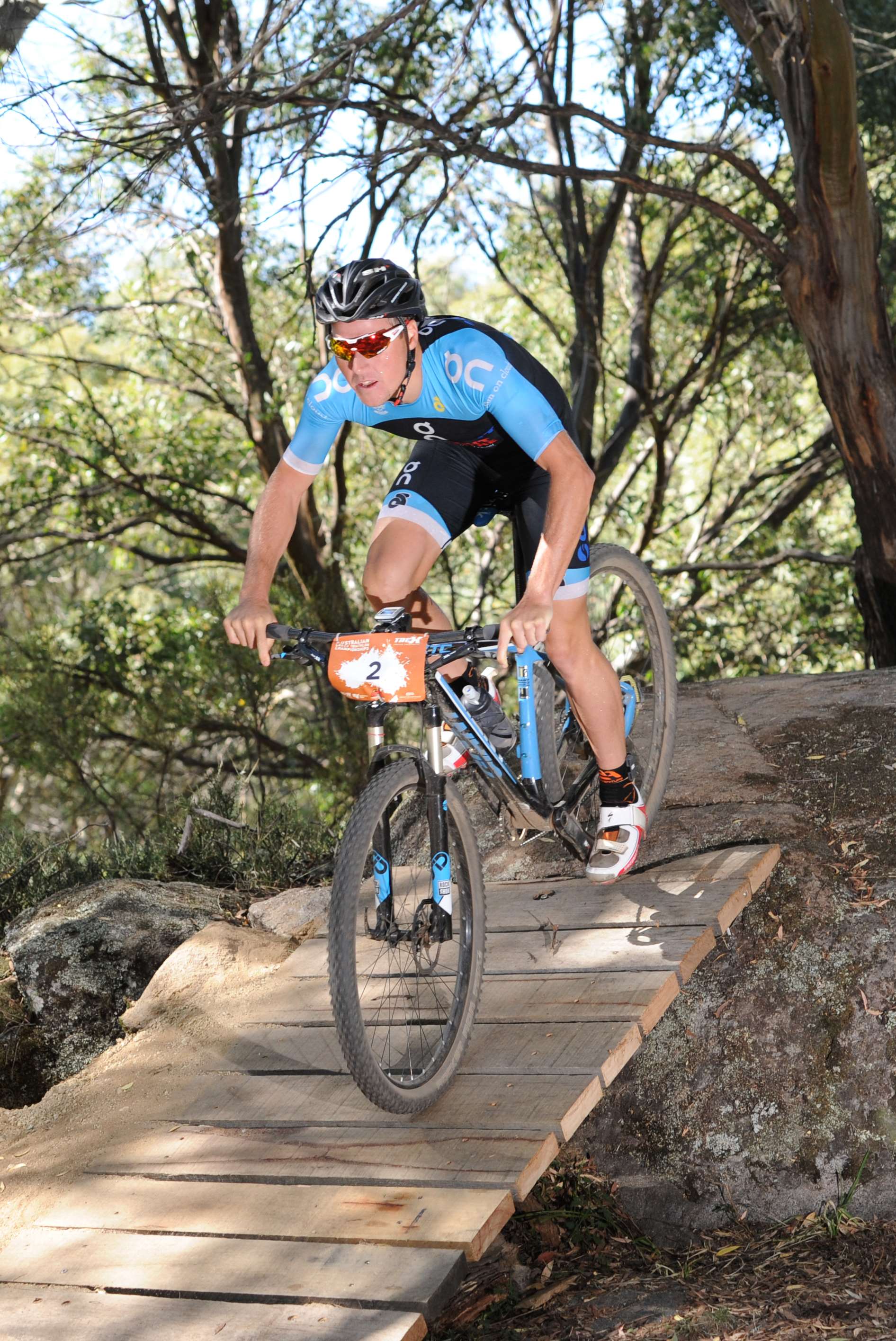 But right now, Ben is in a great place, his health is on point, as is his focus and fitness and whilst his injuries and “consistently frustrating fourth placings” had been holding him back during 2018, he believes now he has what it takes, along with new coach Mark Fenner to attack the course and get one back on Sam Osborne. He had nothing but positive things to say about the young up-and-coming Kiwi but his strategy for the overall title and to defend his Australian title in the event is “going hard from the start, and with a better mindset can deliver the same performance with the added confidence.” Ben loves the natural arena of the Snowy Mountains and says the scenery is an “outdoor athletes paradise” and the “best event” on the National Cross-Triathlon Calendar.

In the women’s entries – Australia’s top female triathlete is 22-year-old Penny Slater. She’s juggling two jobs and study a Bachelor of Education (full time) alongside her cross-tri training. The Canberra local won the Under 23 Women’s Fyn ITU Cross Triathlon World Championships last year and is excited about stepping up to the podium again in the Snowies. She finds her hectic schedule a challenge but only has another “18 months left of my degree and then hopefully my focus can be fully on triathlon.”

In terms of her title defence, Penny believes it’s a combination of factors that give her that winning edge – she draws a lot from the environment - “the scenery is pretty spectacular even if you’re in pain!” She has also put in a solid six weeks training in the lead up to the season opener and is one of her favourite events of the year. Penny says ultimately, aside from her peak physical preparation, it’s her mental toughness that will get her through, and racing in front of her family on Aussie soil rounds off the whole experience.

Penny deliberated with her coaches about the possibilities of transitioning into traditional triathlon this year, but has decided to leave it until after her studies, focusing this year on “putting in some consistent performances and looking at doing some 70.3’s once I’ve finished my studies.” 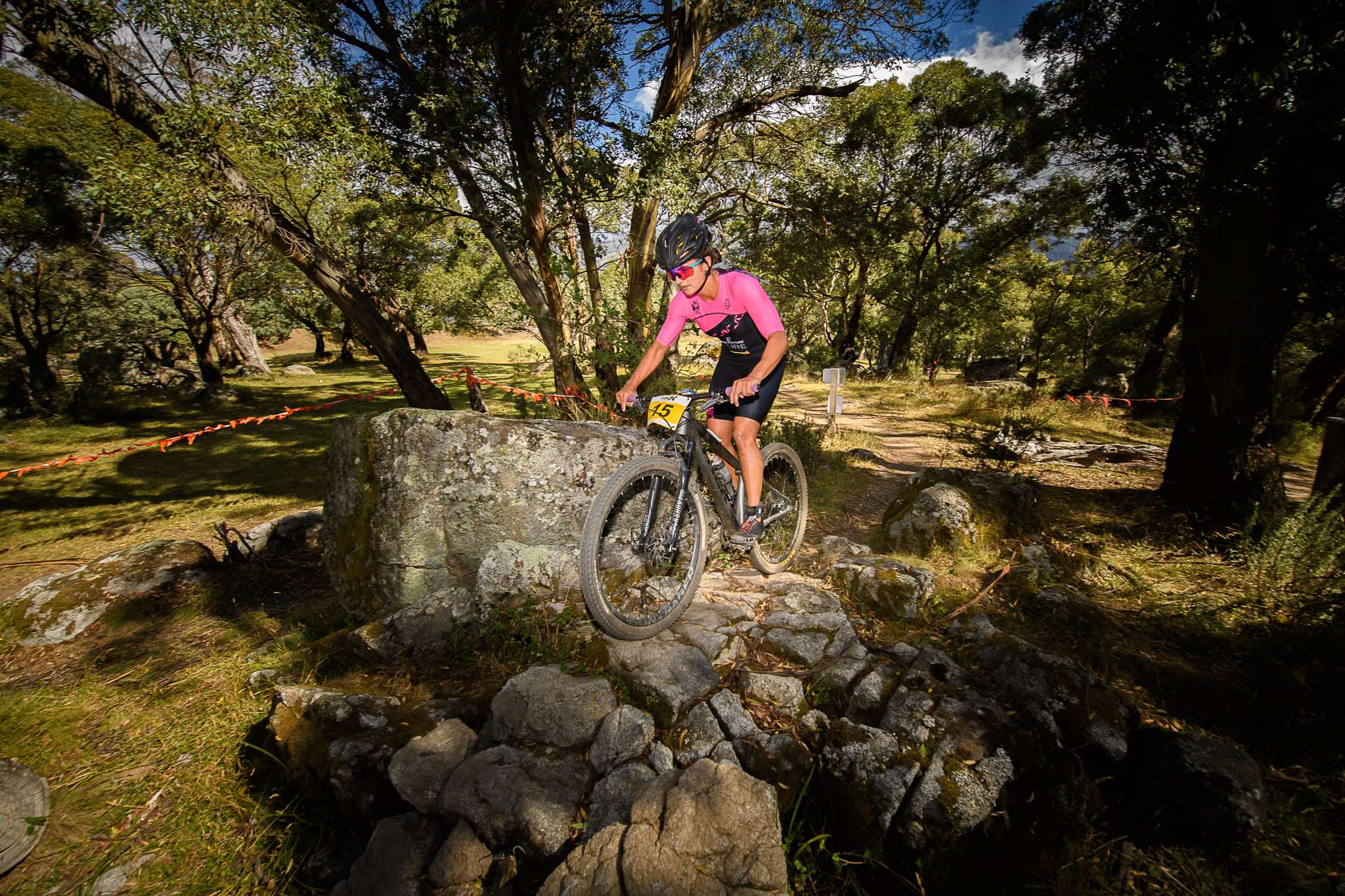 Featuring standard cross-tri length legs, Duathlon and Aquabike categories along with sprint and junior/teaser events – there are levels to suit everybody whether an elite athlete or someone wanting to experience cross triathlon in a stunning location.

The swim leg is in Lake Crackenback (in the heart of the resort) - freshwater fed by mountain springs and a temperate 16-20 degrees.

The 30km mountain bike trail is picturesque, snaking its way around the lakes, river and through the Kosciuszko National Park but there will be no time for sightseeing with plenty of challenging and predominantly narrow terrain requiring technical skills to take on everything including rocky paths, creek crossings and bridges with 80% of it being a single track.

Finishing off with 3.3km on your feet, traversing across the banks of Little Thredbo River and looping Race HQ. Short, steep climbs and descents and likely wildlife may make its presence felt with local kangaroos, wombats and emus about. The run leg includes creek crossing, a river run, suspension bridge and plenty of obstacles making you feel every single kilometre.

TreX Triathlons offer a unique and challenging alternative to the tarmac-based triathlons many are so familiar with. This event, one of seven trail events are run by In2Adventure and features some of the most challenging yet beautiful mountainous terrain in the country.

Open to all levels, the TreX Snowy Mountains has several categories to cater for all levels of interested MultiSporters – even first timers will be keen to get dirty! In the Elite/Open category however there is a $5000 cash prize pool up for grabs and Triathlon Australia Members can earn valuable points.

It’s sure to be a messy but exhilarating event that Triathlon Australia is proud to be part of.