James Stewart isn’t your typical triathlete… or is he?

Begs the question, what is a typical triathlete?? He’s certainly had a number of hurdles to get to the point he is today, but none the less, here he is part of Team Australia on his way to Lausanne!

James’ introduction to water wasn’t a great one. At 8 years old he drowned off the east coast of England, luckily dragged out of the sea by his father at the last moment. He never ventured into deep water again.

Fast forward 26 years, James had a motorcycle accident. Upon waking and after numerous surgeries to put his foot back together and various grafts, was informed by the surgeon that he might never walk again, let alone run.

Another 9 years down the track, James received the amazing news that he was to become a father. With his partner, they brainstormed what life skills they want to teach her. James hadn’t swum a pool length in his life and decided being able to teach his daughter to swim was mandatory.

So, he needed a goal. He chose the upcoming Noosa Triathlon as the target.

So, in mid 2017 he took up cycling, with the only prior cycling experience being a fixie around Bondi. He bought an old 2nd hand TT bike, 11-year-old Zipp 808 wheels (still using them now) and joined the local triathlon club BRATs.

Little Anwyn Joy Stewart arrived a few months after, and James completed his first triathlon Noosa in 02:37:41 when she was just a few months old. 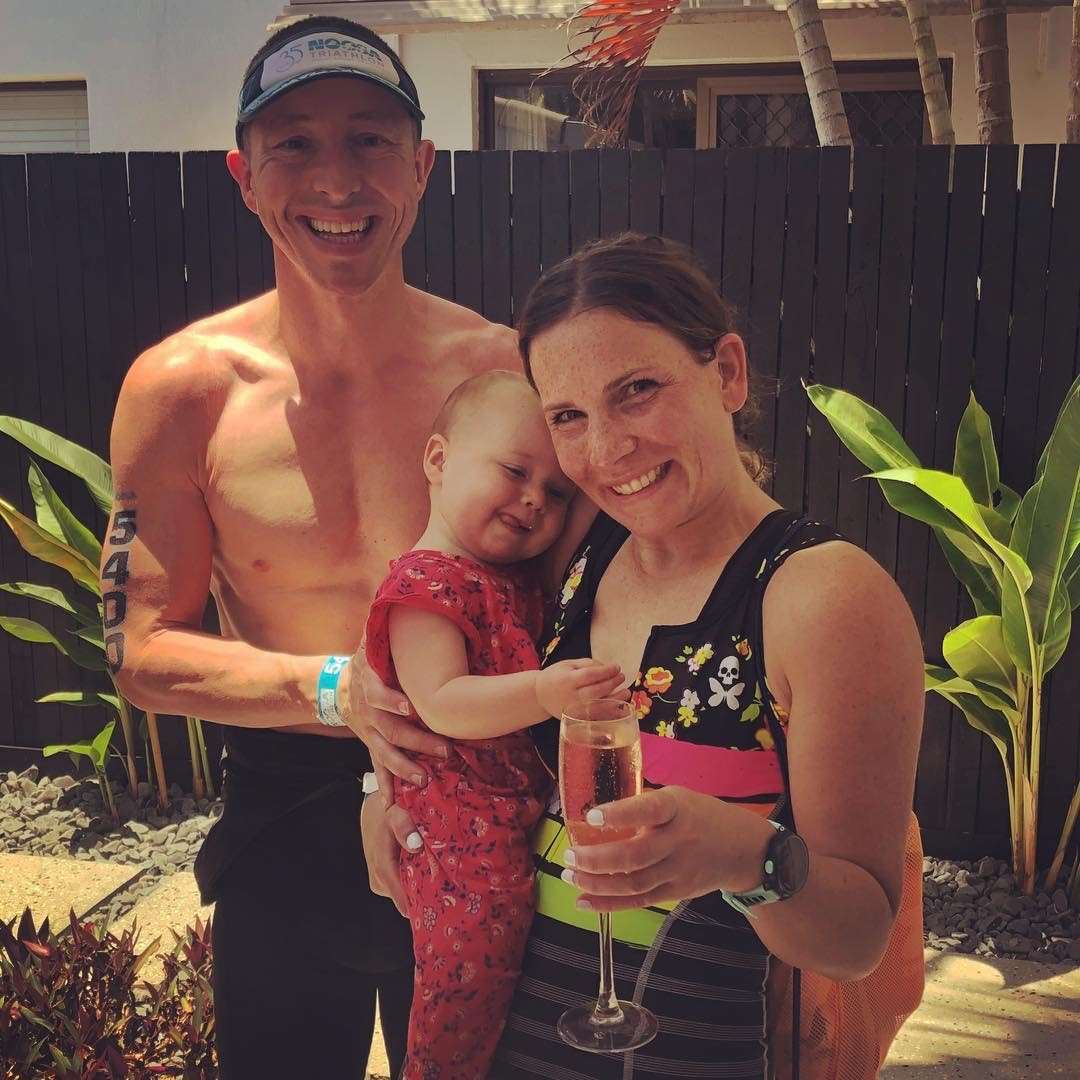 He wanted to improve his swimming further and needed a stretched goal, so decided qualifying and being invited to represent Australia at the World Championship was the ‘target.’

Selecting some qualifying events over last season, James achieved a fourth place in his age group at the Townsville standard distance event and a 3rd at Canberra.

Earlier this year, he was stoked to be invited to represent Australia in the Lausanne Standard Olympic Australian Age Group World Championships (45-49).

We’re now just a month away from the World Champs and James is ready to give it his all when he puts on the Green and Gold - no matter the outcome, he's already accomplished so much.

"With continuous improvement anything’s achievable no matter how late you start your journey," said James.

Overall though, he hopes his daughter understands that health and fitness should be an important part of her life.

"She watches us on the bike trainer in front of the TV or we run her home in the pram after childcare - we hope it's something that is a normal part of life for her."