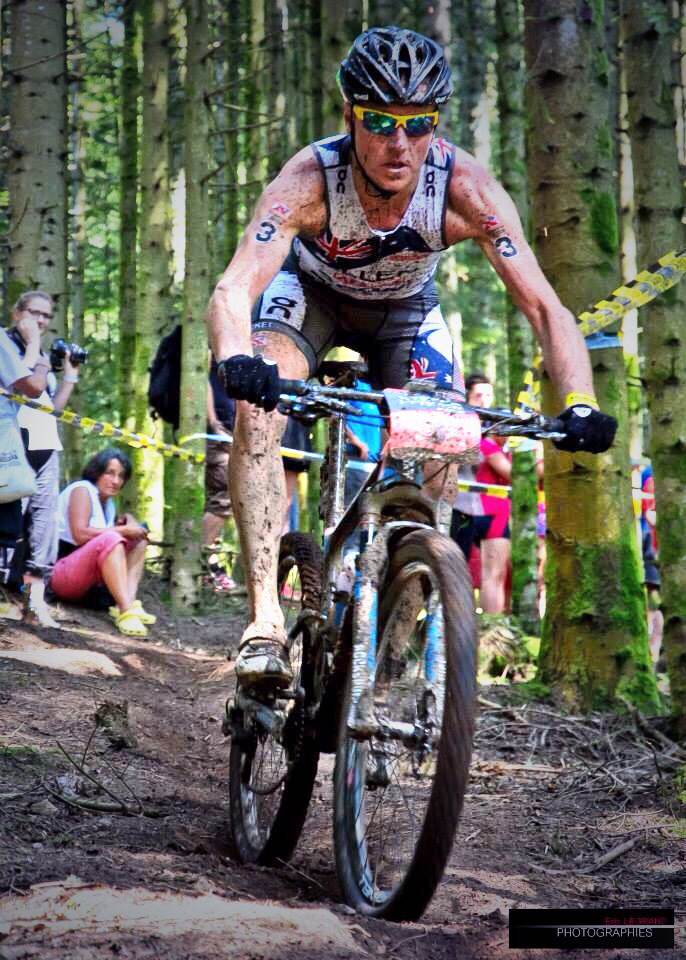 They will be joined by 14 Australian Age Groupers will take up the challenge of “one of the grittiest and grimiest disciplines in triathlon.”

Set over a 1.5km swim, 36km off terrain bike and 9km cross country run, athletes will grind it out for a chance to call themselves the world’s best.

LIVE COVERAGE:
Live text coverage from Zittau will be available at @triathlonlive on Twitter.

Allen, a former Australian surf lifesaving champion with Bulli, has made a name for himself in Xterra racing all round the world and Densham has always revelled in the challenge that is Cross Triathlon – without the pressure of the ITU circuit.

Zittau is a city in the south east of the Free State of Saxony, Germany, close to the border tri-point of Germany, Poland, and the Czech Republic. It is part of the District of Görlitz – and its rugged terrains will this year play host to ITU World Cross Triathlon Championships.

Saturday will feature a mixture of veterans and newcomers that is sure to be scintillating. In addition to the elites, the Under23, junior, age group and Paratriathlon divisions will be contested.

He was very much in the hunt for a podium finish in last year’s World Championship after a brilliant swim and ride and will be looking to fly the Australian flag this weekend.

“(A combination of) open water swimming, gnarly mountain biking and adventurous trail running, what more of a thrill could you ask for.

“It challenges both your mental skill and pushes your capabilities beyond your own limitations, causing you to step outside your comfort zone.”

Allen says he doesn’t have a weakness.

“I pride myself on having all three disciplines very strong and I think that you will need to be 100 percent committed, focussed and with a bit of luck on your side, to deliver an outstanding performance to cross the line a champion,” says Allen, who started the year by claiming the Australian ITU Cross Triathlon Championship and backed it up with an Xterra World title win on Victoria’s Great Ocean Road,

Allen says he is very excited to be in Zittau, Germany for his fourth consecutive year racing the Xterra World Tour.

“It is even more special this year with the ITU World title on the line. It’s going to make for some fast and action packed racing,” says Allen.

“It would be my dream to win the World title and wear the rainbow stripes with pride and honour. I will be doing everything possible to have the perfect race and represent myself, my sponsors and my country with honour.

“It’s my fourth consecutive year racing here in Zittau. I love the region and I have some amazing friends that I love coming back to visit every year.” 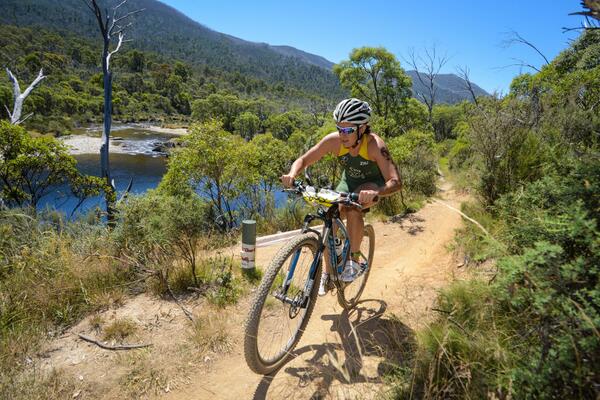 
The king of cross triathlon himself, ‘The Caveman’ Conrad Stoltz (RSA) returns as the three-time consecutive reigning champion. While his trifecta of world titles speak for themselves, the sport has grown tremendously and is producing higher and higher levels of competition.

Ruben Ruzafa (ESP), who finished second to Stoltz last year, will this year line up next to him for another shot at taking out the South African after winning the XTERRA world title the last two years. Next to them will be France’s Brice Daubord, who completed the podium at the 2013 Championships.

While Josiah Middaugh (USA) hasn’t competed in an ITU race since finishing off the podium at the 2012 Shelby County ITU Cross Triathlon World Championships, Middaugh tops the charts in the XTERRA rankings. Fellow XTERRA competitor Bradley Weiss (RSA) will also toe the line come Saturday. The race will be his first on the ITU calendar since winning the Under23 World Championships in 2012.

Kris Coddens (BEL) will also be hot to finally collect a top three finish for himself, having just missed the podium last year. A strong biker and runner, Coddens will needs to keep the leaders in sight on the swim if he wants a shot at a medal.


Helena Erbenova (CZE) returns as the multisport queen with two Cross Triathlon World Championship titles to her name, as well as a winter triathlon crown to boot. Last year, Erbenova destroyed the competition by a whopping five minutes for her second cross triathlon gold medal. With Zittau on the border of the Czech Republic, the race will practically be a home event for Erbenova.

Chantell Widney (CAN), who earned bronze last year, will line up second next to Erbenova. While she finished eight minutes behind the Czech last year, it was her first time racing the discipline and has since gained valuable experiences in the XTERRA Pro Series this season.

While Bucher hasn’t been as steadfast on the XTERRA circuit as in previous years, elite triathlete Flora Duffy (BER) has begun to sketch out a spot for herself in the XTERRA rankings. Duffy, who recently competed at the Commonwealth Games, has won every XTERRA race that she’s entered so far this year.

Like Duffy, Emma Garrard (USA) and Suzanne Snyder (USA) are listed further down the start list, but are tucked just behind Duffy on the popular XTERRA Pro Series rankings. Also on the this weekend’s start list is Olympic bronze medallist Erin Densham (AUS), who earlier this year won an XTERRA race in which she entered as a part of her training for her return to the World Triathlon Series.