Following his record breaking performance in his debut at the 2016 SunSmart IRONMAN 70.3 Busselton, the 5 x World Champion Triathlete, Craig ‘Crowie’ Alexander has confirmed he will be returning in 2017 to defend his title.

This is the first time that Alexander has committed to a race so early in the season and is a reflection of the great time he had in Busselton last year. Alexander says “I had such a fantastic time in Busselton last year. It’s a great course and the whole event had an incredible festival atmosphere over the whole weekend. The support from the crowd and the locals is amazing and I can’t wait to get back there to defend my title.” 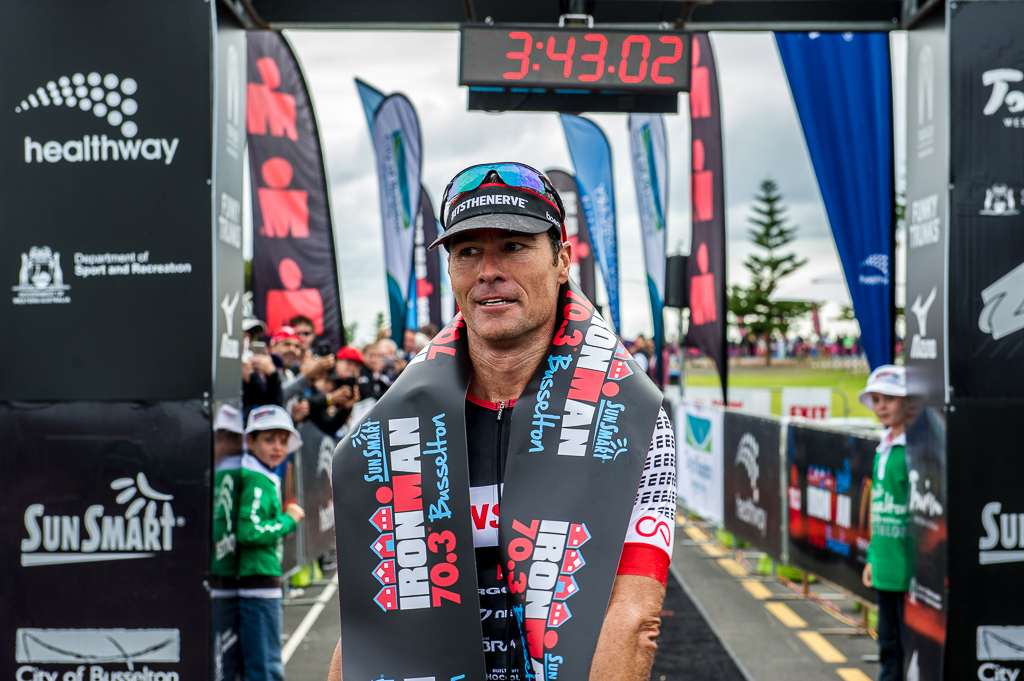 Triathlon WA Event Manager Georgina Westgarth said “We are extremely excited to announce Craig Alexander is returning to defend his title at the SunSmart IRONMAN 70.3 Busselton. Craig is a truly world class athlete and his commitment to the race only reinforces what a great event this is. It is fast becoming known as one of the must do races, not only in the Asia-Pacific region but, right across the world”.

But Craig may not have it all his own way. Rio Olympian, Ryan Bailie, at a recent post-race interview, said he was interested in racing in Busselton in May and may bring one of his fellow Olympians with him. Following his top 10 performance in Rio and at the ITU World Championships in Cozumel, Ryan was back racing in Perth for the first time in over a year at the Australian Duathlon Championships in Armadale. The 2017 SunSmart IRONMAN 70.3 Busselton will be his first race at the longer distance.

It is early days in the preparation for the 2017 event, with registration having opened yesterday early this week. The event sold out last year and people interested in competing are encouraged to register early to be sure they don’t miss out.

“We’ve had such a great response from people already, both professional and age group athletes, that we encourage all to head down to Busselton for another race that should not be missed” said Ms Westgarth.

SunSmart IRONMAN 70.3 Busselton will take place in the famous City of Busselton (South West of WA) on Sunday 7 May 2017.