A combination of the weather conditions and strong international fields led to some fast racing that meant only the strong survived at today’s SunSmart IRONMAN Western Australia.

It was Chevrot’s first ever IRONMAN title, with Sweden’s Patrik Nilsson in second and German Per Bittner in third completing a global podium.

“I am so happy, it was a hard race. In the run I hurt but I go hard and win,” Chevrot said.

“I don’t know what to say, I can’t believe it I must just like this run here,” she said. “It was such a great field, I am so happy to win.” 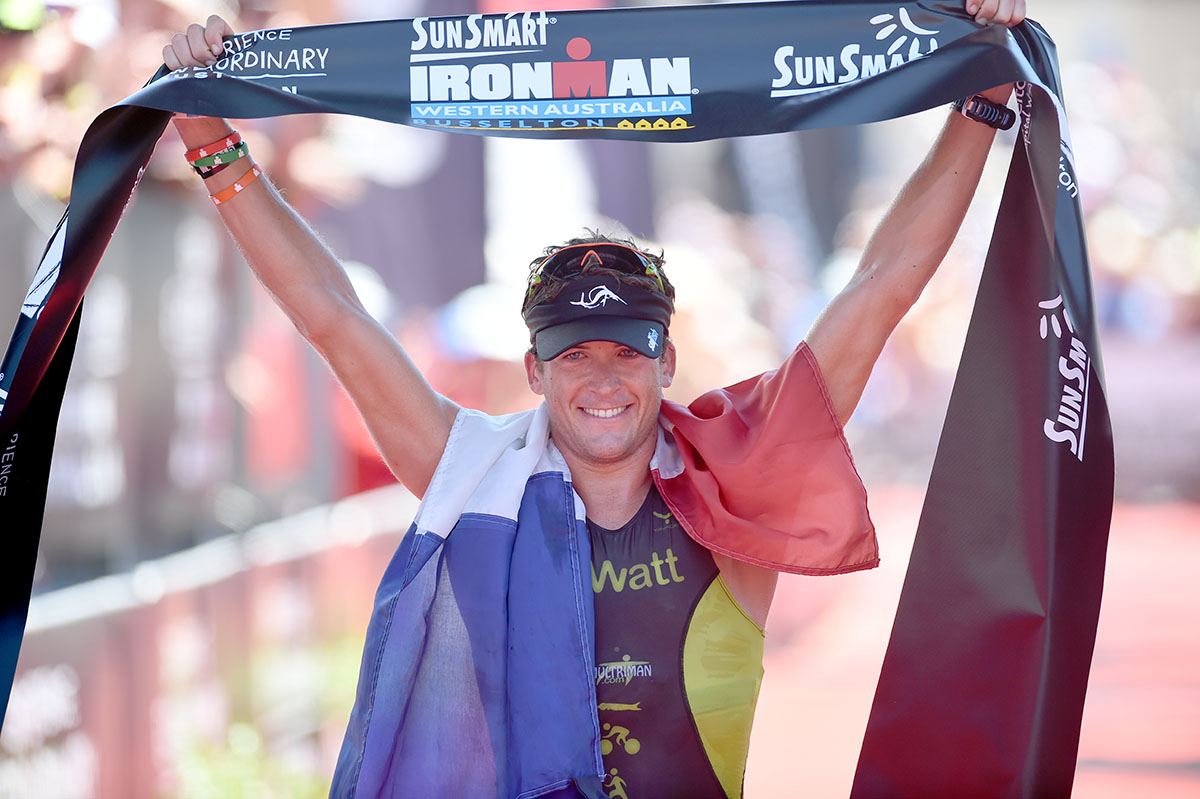 Perfect conditions, and a pod of dolphins, greeted the men’s field as they began the 3.8km swim.

Chevrot started the day as he would finish in first place, leading Australian Clayton Fettell out of the water by six seconds. They were followed by a group of six less than a minute behind including Joe Gambles, David Dellow and Bittner.

Fettell set a hot pace on for the first of two laps on the 180km bike but early in the second lap severe calf cramps ended his day.

Chevrot took advantage of Fettell’s misfortune to be first athlete into the transition, taking a minute and half lead onto the 42.2km marathon run.

A group of six athletes took off in hot pursuit, but one by one the challenges fell by the wayside. First Gambles dropped out then Dellow leaving Chevrot to claim his first IRONMAN title.

“I couldn’t eat anything for the run, but I started to improve as I ran and I am happy to take out the win,” he said.

For the 23-year-old Nilsson it was a great end to an amazing year that saw him claim his first title in brutal conditions at IRONMAN Malaysia.

“That was very hard, it was harder than Malaysia. The bike here was flat, but the pace was higher. The field was so strong. Joe Gambles did an incredible job and held the pace for 170km, I am sad for him that he didn’t finish,” he said.

“I am very happy to finish this race. The first 20km was okay, but I just tried to survive. The bike was so hard, my legs just suffered.” 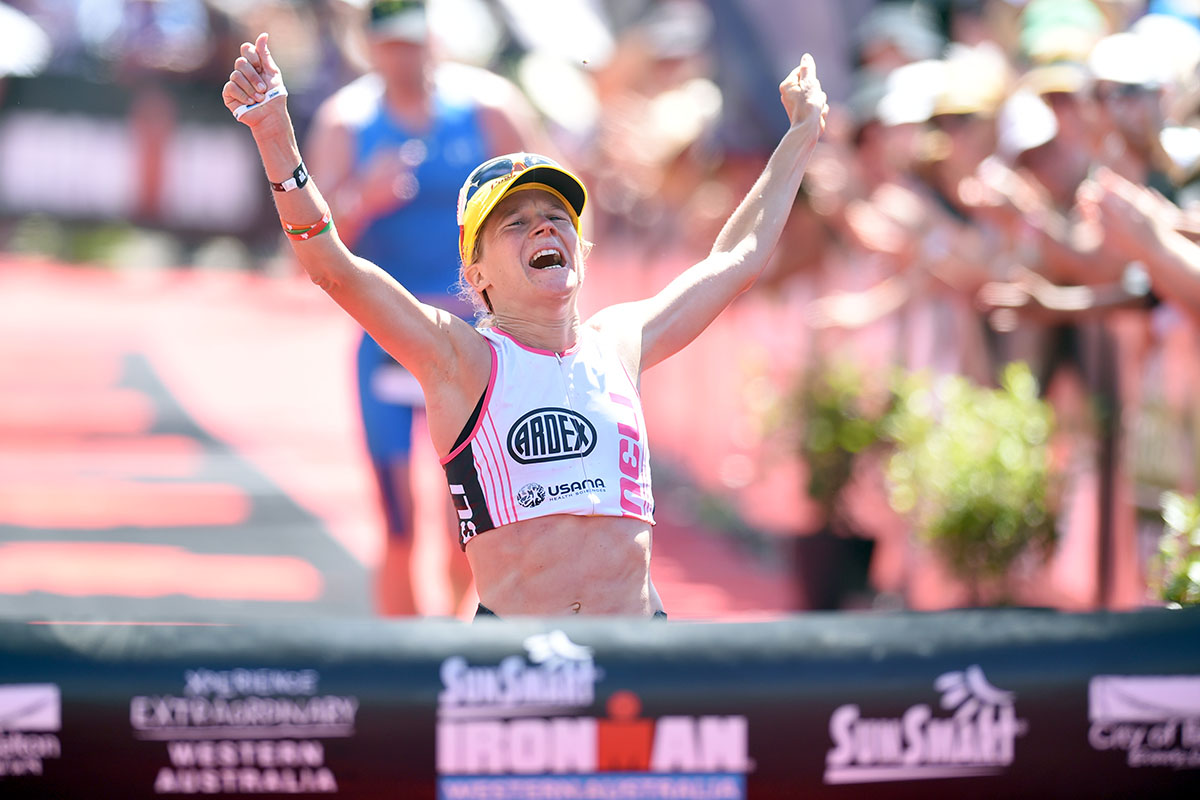 Pre-race favourite Blatchford led the women out of the water and onto the bike leg.

She held that lead until receiving the first of two drafting penalties. On the second lap of the bike it was the German Hufe who produced a carbon copy of last year’s bike leg putting the field to the sword and building a six plus minute lead over AmericanDede Griesbauer with Netherland's Yvonne Van Vlerken over seven minutes back.

Martin started the run leg 10:44 adrift, but from early in the run was the fastest mover in the field.

She produced a three hour marathon overtaking Hufe 10km from the finish, and running strongly to take the win.

“Leading up to this race I was so scared, it was such a great field I can’t believe,” she said. “I want to thank everyone here for the support it was amazing.”

While it was a truly international podium, the most emotional moment of the day belonged to Australian Jason Shortis.

His 83rd and final IRONMAN race was one of his toughest, as he crossed the line he collapsed into the arms of his father George as they shared a tear together on what would have been the wedding anniversary for his father and late mother.

“I learnt a lesson today that I learnt in my first race, you have to finish for it to be an IRONMAN.”

Thanks to event partners, Tourism Western Australia, City of Busselton, Healthway in promoting the SunSmart message and Toyota.