Conditions were tough at the Sparke Helmore Newcastle City Triathlon today, the blustery winds, from the dregs of Cyclone Oma impacted on Parathletes competing in this challenging costal event. While the sea was nice and smooth, semi-sheltered in the wharf, the roads were much more exposed, winds making roundabouts and speed humps a little sketchy for the cycle and run legs.

It was the first-ever inclusion of the paratriathlon circuit as part of this historic race, additionally and the Oceania Championship offered athletes massive points as they embark on their Tokyo 2020 campaigns. 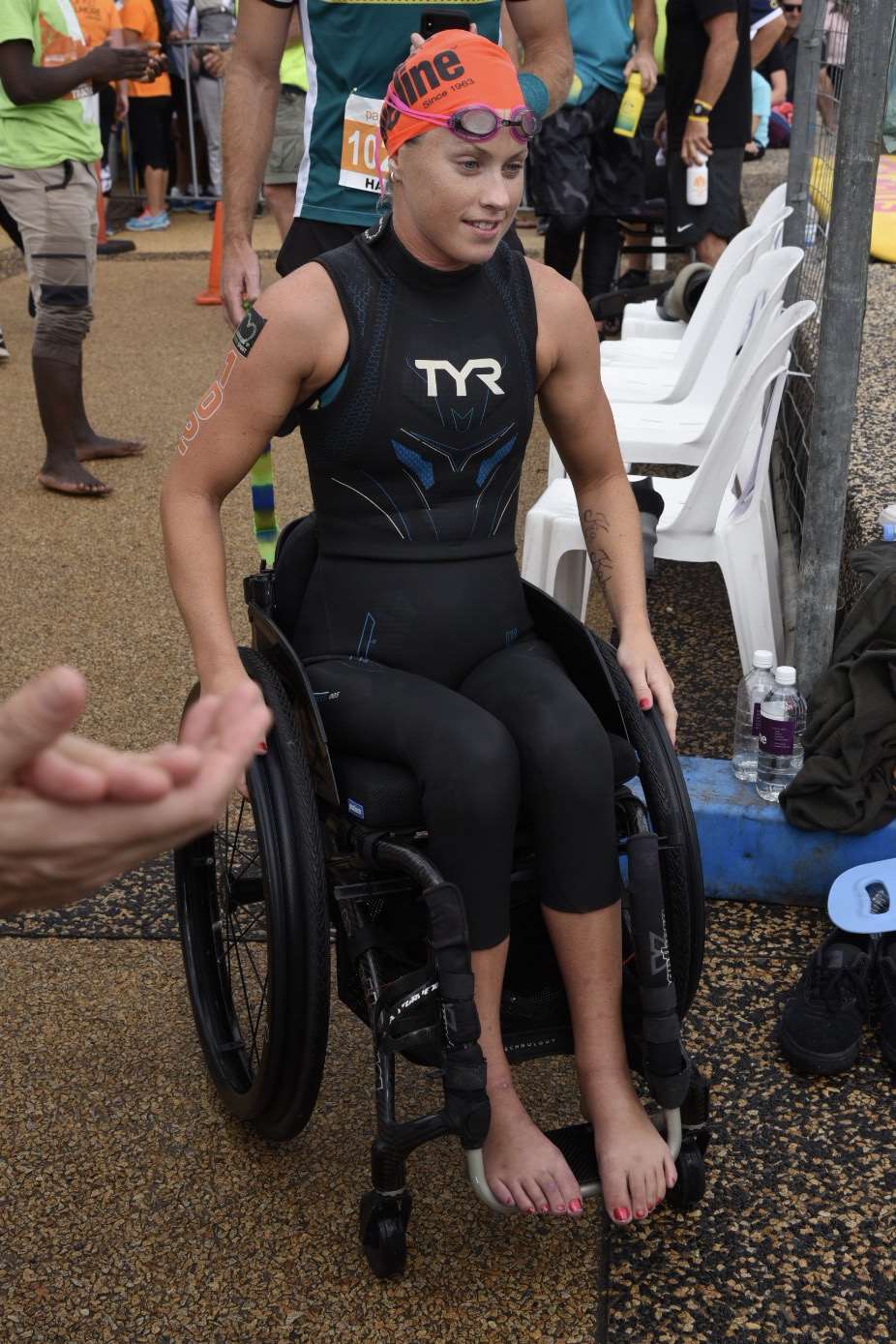 For Lauren Parker, however – the significance for her outshone any other. She raced the Newcastle Triathlon as an able-bodied athlete pre-2017. Now she’s wheelchair-bound, and it means so much more - being an integral part of designing the Para course, needing those valuable points towards Tokyo 2020 and the official charity of the event is the Lauren Parker Foundation. So, the pressure and the delight of winning was all hers to take in.

To see the genuine elation on her face coupled with tears of joy as she crossed the finish line summed up this trifecta of triumph. Post-race Lauren had a chat to us about how it all went. She said “(it was) very windy it was definitely tough conditions. You know that I love tough conditions that’s what racing’s about and I had my first win over Emily Tapp today - the world champ, so I’m so proud that I raced my home town and to take the win.” 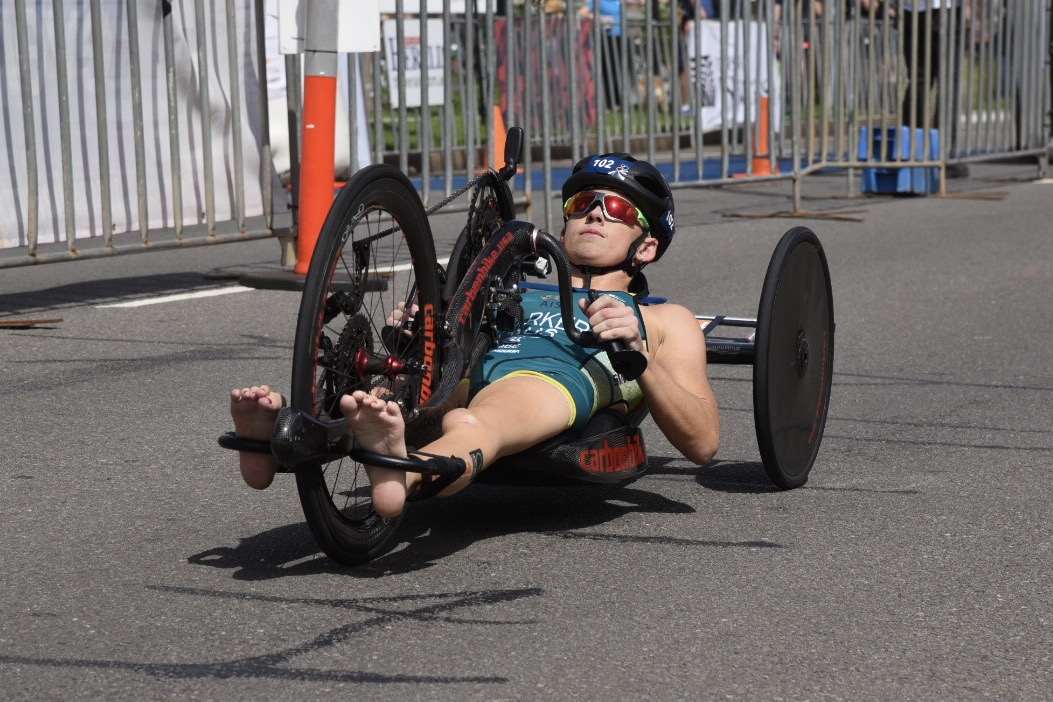 The 750m swim did little to separate the Commonwealth Games silver and bronze medallists Parker and Tapp. It was Parker who put the hammer down on the bike powering to a massive one-minute lead over the world champion despite the tricky segments, tight turns and a hill at the far end. Heading into T2 Parker had etched our a 3min lead as she headed out for the 5km run leg.

“Yeah the bike’s my strength I just had to make sure I got a massive lead before the run which is my weakest leg but that’s what I did, and I felt great today.”

It’s the first time Parker has beaten Tapp and the home-town support of #teamloz seemed to give her the edge.

Triathlon Australia spoke with her handler, Dave Robertson, who told us of her immense nervousness prior to the race – the pressure to perform well in front of family and friends almost consumed her, and that she was rather surprised at the turnout of support.

Dave said of Lauren’s fitness she’s at peak performance, and, “Progression in general has been incredible. (In the) Oceania Champs last year, Lauren came second in her first event as a Parathlete in St. Kilda which got her on the Australian Team for the Commonwealth Games … this year she wins it.”

Lauren raced the Newcastle City Triathlon for the first time 11 years ago today as an able-bodied person. It also marks the two-year anniversary as her most recent able-bodied race at Huskisson “Husky” Triathlon in NSW around a month prior to her life-changing incident.

There’s no time to rest and recharge for our paras heading down to Devonport for the ITU World Cup.

“Lauren won’t have any real rest - Monday, Tuesday and Wednesday she will be back into training with Brad Fernley and Andrew Dawes to get the Newcastle sting out of her arms and body.”

Nic Beveridge also grabbed the gold in his category (PTWC) as the sole athlete. He was happy with his race and performance, especially with his new handler since moving to Sydney. 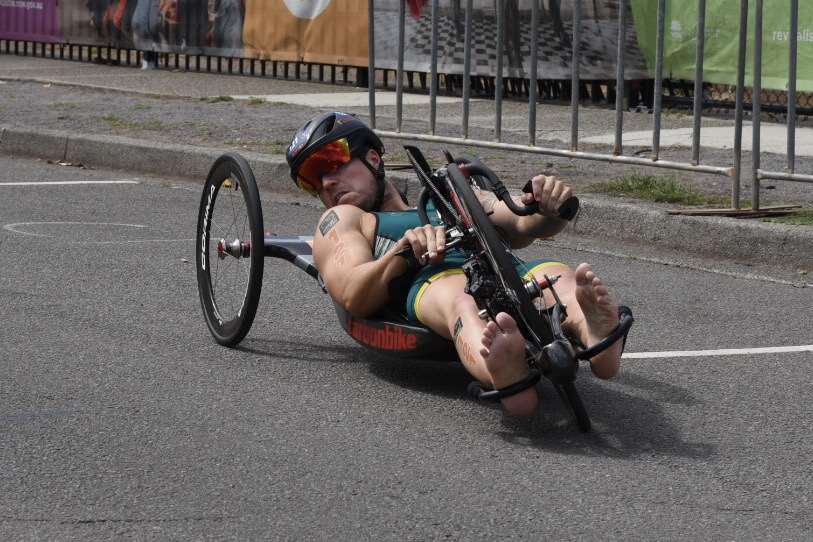 In other results it was a winning return for the 2016 Rio Paralympian Kate Doughty following time out for the birth of her first child.

No time to bask in the glory of the gold, Lauren and Nic will both be heading down to Devonport, Tasmania for the ITU World Cup Paratriathlon next weekend.