McShane turns up the heat for bronzed Aussies in Cozumel

McShane turns up the heat for bronzed Aussies in Cozumel

The 26-year-old, who migrated to Bairnsdale in rural Victoria with her family in 2005, produced an inspirational final 10km run to take third place behind newly crowned world champion Flora Duffy from the Bahamas and US Olympic champion Gwen Jorgensen. 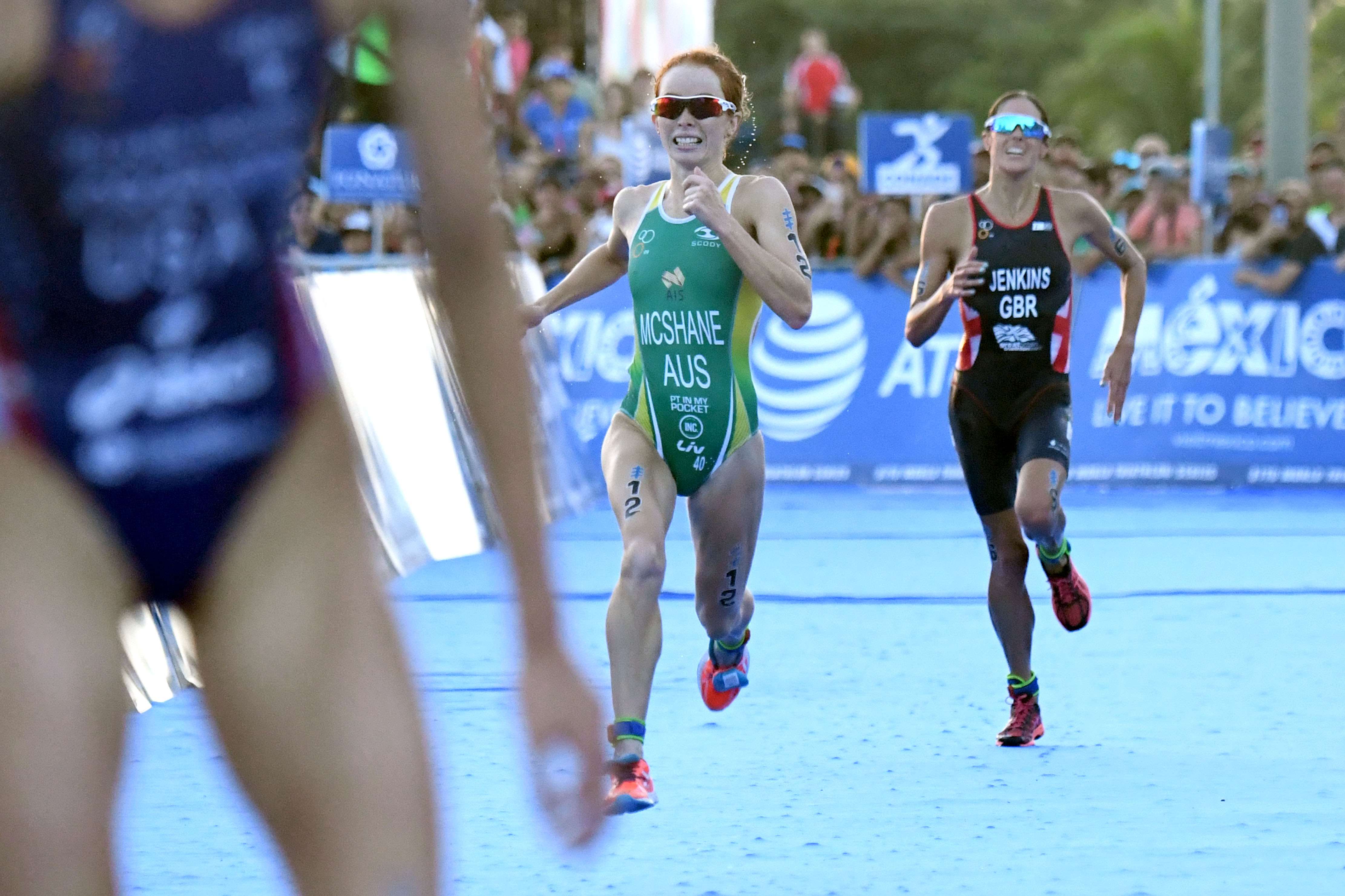 It capped a great day for the Australian team with McShane’s breakthrough bronze, preceded by an earlier bronze in the Under 23/Juniors Mixed Teams Relay to Jaz Hedgeland, Matt Baker, Sophie Malowiecki and Declan Wilson.

Hedgeland, a brave ninth in yesterday’s Under 23 individual race put Australia in the hunt from the opening leg of the relay before Baker and Malowiecki maintained the rage for Wilson to storm home to grab the bronze in a frantic sprint to the finish. 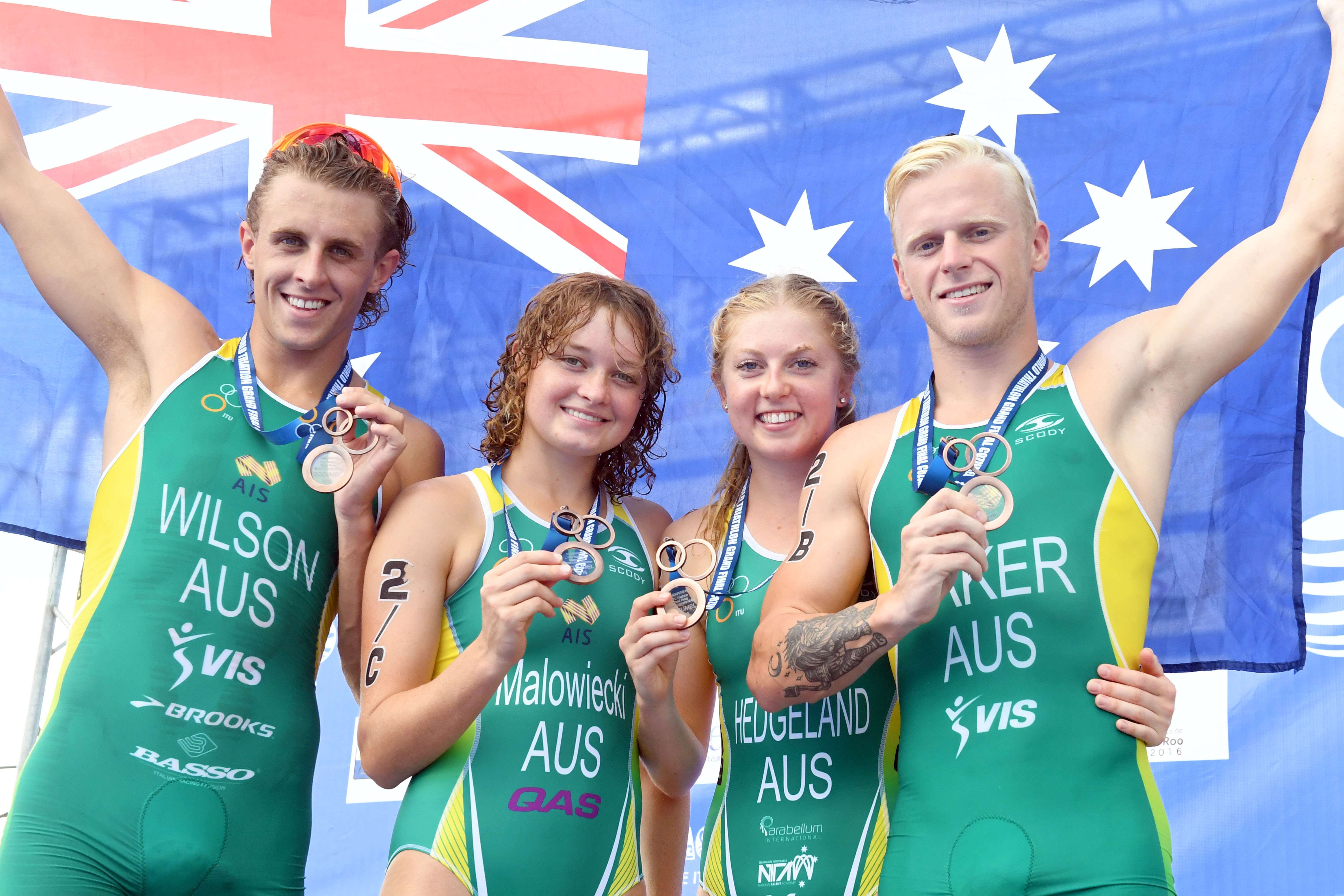 It set the stage for McShane’s finest hour in what has been a tough year, fighting back from the disappointment of missing Olympic selection for Rio.

So much so that the Under 23 World Champion from 2013 wasn’t even sure she actually wanted to finish the season.

“It has been a big year for me, there has been a few highs and a lot of lows. I didn’t even know if I wanted to finish the season, I just wanted to go home,” said McShane, who admitted she was quite relaxed before the race.

“It was only a few weeks ago that I thought why not just give it one last shot.

“I wanted to use it to my advantage that I might have been a little fresher than other people and just see what I can do.”

McShane showed extraordinary mental toughness to run through the field and past Rio fourth-placegetter Non Stanford (GBR) before staging a neck-and-neck battle for the bronze with former world champion Helen Jenkins (GBR).

It was the gritty little pocket-rocket from Wollongong, who is coached by Jamie Turner, who stormed home to take the podium spot as darkness started to fall on the blue carpet.

But the McShane smile lit up like the Cozumel sunset as she realised a dream podium finish behind Duffy and her training partner Jorgensen who has been in the squad in Vitoria in the Basque Country in Spain through recent Australian winters and post Rio in the humidity of Florida.

In other results, Natalie Van Coevorden, in her WTS Grand Final debut produced a solid performance and was right in the game, the first of the Aussies out of the water, finishing on gamely to cross the line in 26th while Gillian Backhouse, who worked so hard on the bike for the final 20km and had to serve a penalty for a T1 discretion for equipment out of the box finished 34th.

Organisers again delayed the start of the ITU Elite Women’s race due to the energy-sapping heat and humidity that has made this week’s racing as tough as any previous world championship.

Series leader Duffy again hammered on the bike and entered T2 with a 1:07 advantage which meant Jorgensen had some work to do to catch her.

But Jorgensen has shown to do it before, in the WTS Leeds she was down by over 90 seconds from Duffy and still was able to come back and win the race.

However, at the halfway mark in the run, Duffy was still holding onto the 1:07 lead and by the time the bell rang it actually had increased to 1:14.

Today was Duffy’s day and she entered the finish chute with a clear winning margin over the Olympic champion to wrap up the victory and her first WTS crown.

With time to spare, she enjoyed her victory, able to grab the Bahama flag and high-five the fans and she then crossed the finish line and collected not only her second WTS win of the year, but her first world title.

Second place then went to Jorgensen, who crossed the line 1:17 behind recording enough points to maintain second place and the world champion runner-up.

The bronze medal was then left up to a sprint finish. McShane and Jenkins found themselves neck and neck entering the finish chute and it was McShane who dug deep to seal the bronzed and eighth overall with Gentle 10th on the rankings list for 2016.

Australia has not been on the Grand Final podium since Emma Snowsill and Moffatt went 1-2 in Budapest in 2010.