“The legends of the sport have won here in Noosa so to be up there with my name in the book is pretty special. I will be back next year,” Royle said. 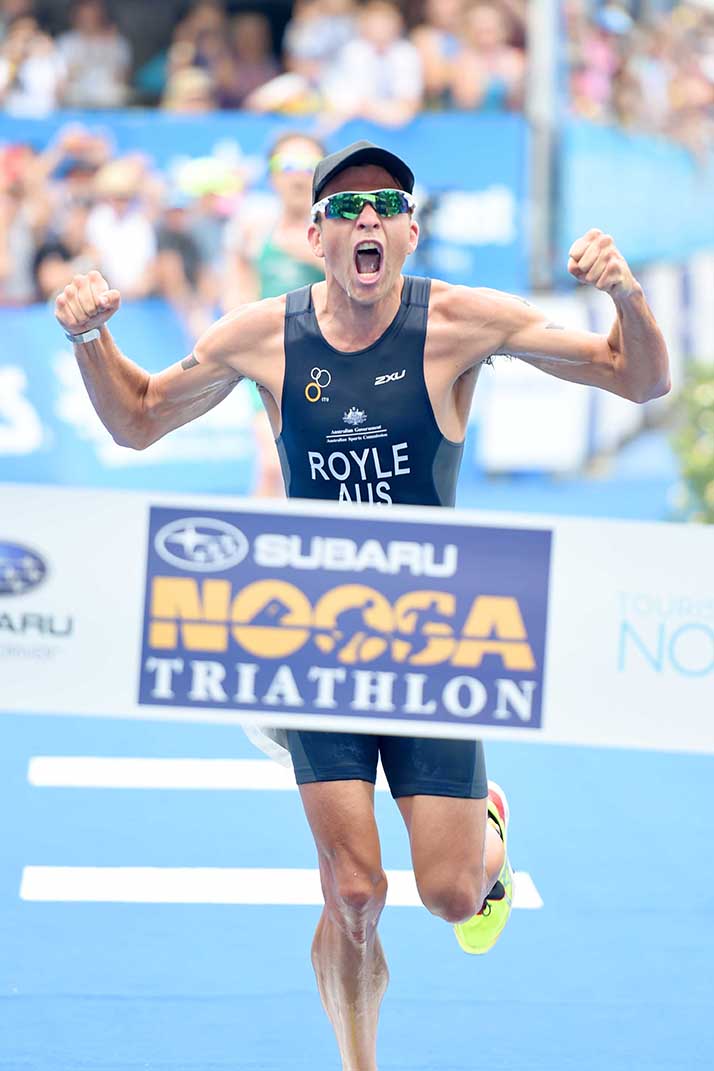 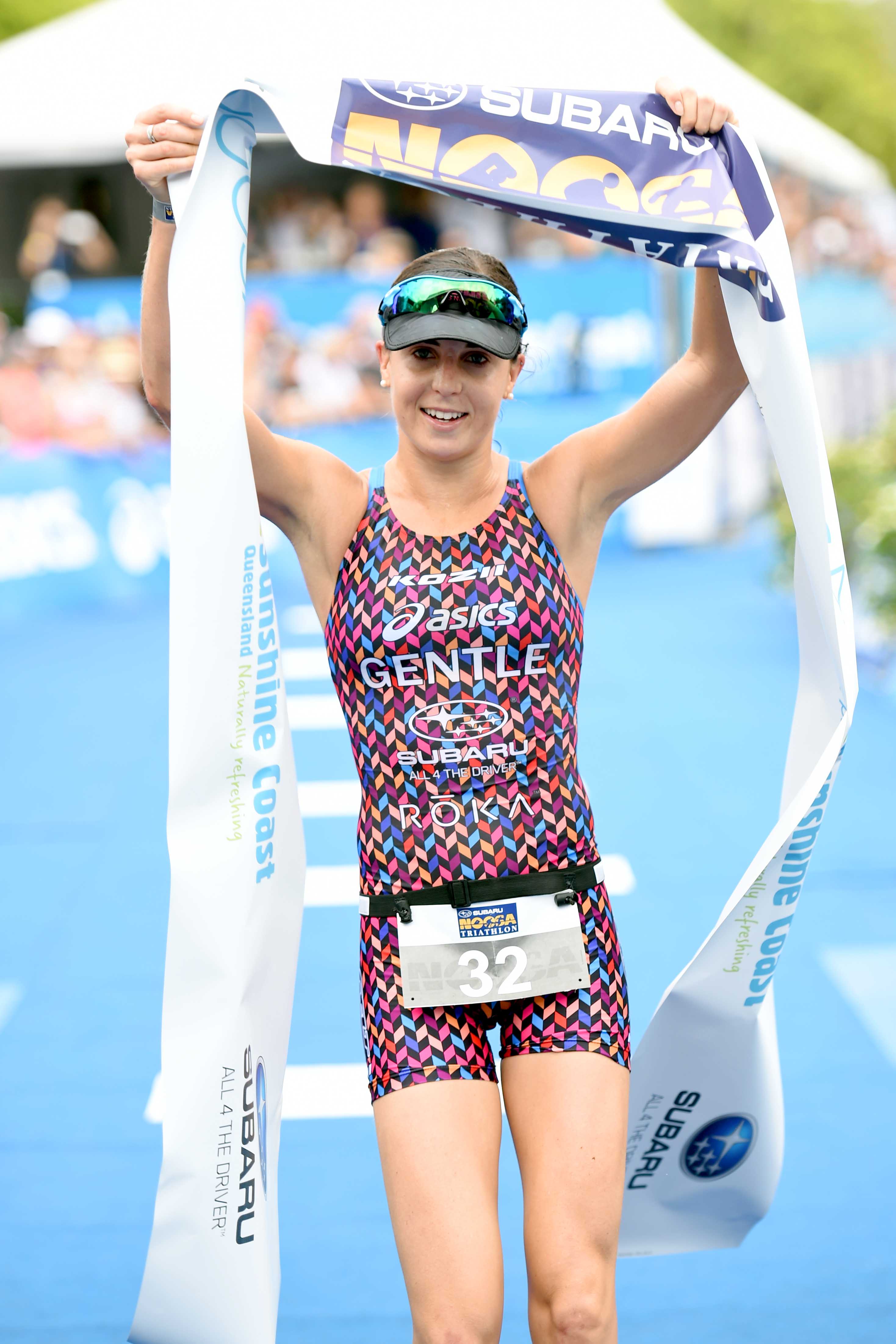 “It means a big deal to win Noosa and to get on that Honour Roll multiple times is amazing,” Gentle said.

In the men’s race a large pack of athletes, featuring all the pre-race favourites, exited the water together. Out onto the bike they stayed within sight of each other until IRONMAN 70.3 specialist Casey Munro put the hammer down in an attempt to build a cushion over the faster runners in the field.

Munro entered T2 with a lead over Queensland’s Ben Shaw of just over 40-seconds. His lead over the main group that included Royle, Wilson, Bailie and 2012 Noosa champion Peter Kerr was over a minute.

That lead vanished in the first 3km of the run when the sprint specialists put the pace on and dropped Kerr. Royle, Wilson and Bailie found themselves in a titanic three way battle for the win.

With 500m left to run it was Bailie who laid it on the line first surging to the front, before Royle snatched back the lead followed by Wilson. The three way battle was down to two with Royle surging again and pulling away from Wilson with Bailie in third.

“I said to myself you can do this, you can win this,” Royle said.

“I saw that finish shoot and gave it everything I had. To be honest, I wasn’t probably wasn’t feeling as good as I did last year where I did just go from the front from a couple of km into the run. This year I felt like my best chance was to sit in, follow the surges and have a little few myself to test it out and then wait for the sprint finish.”

Wilson found himself in another nail-biting finish after losing in a sprint finish to Courtney Atkinson at the recent IRONMAN 70.3 Sunshine Coast in September.

“I was stinging from the moment the gun went off. I was hurting and it was tough. I thought if I could just hang tight and stick around I might come good,” Wilson said.

“I never really felt good out there but I was able to stick it out and just tried my best in the last 200 metres.”

In the women’s race a big group of athletes exited the water within seconds of each other. That group included Gentle, IRONMAN specialists Liz Blatchford (AUS) and Swiss Caroline Steffen, New Zealand’s Nicky Samuels and Canada’s Paula Findlay.

Out onto the bike Gentle, Steffen, Blatchford, and Samuels put two minutes into Findlay on the bike leg and entered T2 together.

As they exited onto the run leg Gentle signalled her intentions early, boxed in by Blatchford and Steffen who were running side by side she pushed through the gap and took the lead and held it until she crossed the finish line.

“I did say excuse me when I pushed into the lead, so at least my manners are okay,” Gentle said.

Findlay unleashed the fastest run of the day to finish second while Steffen rounded out the podium.

“They just dropped me on that down-hill, I would have loved to run with Ashleigh (Gentle),” Findlay said.

The pre-race favourite Gentle experienced some nerves leading into the race.

“I really wanted to please the home crowd so coming away with the win today is a bonus,” Gentle said.

For full results visit, including split times, visit the ‘RESULTS’ tab via www.noosatri.com

The 2014 Subaru Noosa Triathlon Multi Sport Festival is supported by the Queensland Government through Tourism and Events Queensland as part of a growing calendar of sporting, cultural and regional events across the State. For event information and results visit www.noosatri.com