Edmonton, September 1, 2014: Australia has completed its ITU World Championship campaign in Edmonton today with a silver lining after the Under 23s/Junior Mixed Teams Relay fought back to finish second to Great Britain.

It gave Australia a final combined medal tally for Elite, Age Group and Paratriathlon World Championships of 9 gold, 7 silver and 10 bronze – third behind the USA and GBR.

The Australian foursome - Gillian Backhouse, Matt Baker, Brittany Dutton and Jacob Birtwhistle stuck to their guns despite dropping to sixth on two occasions. 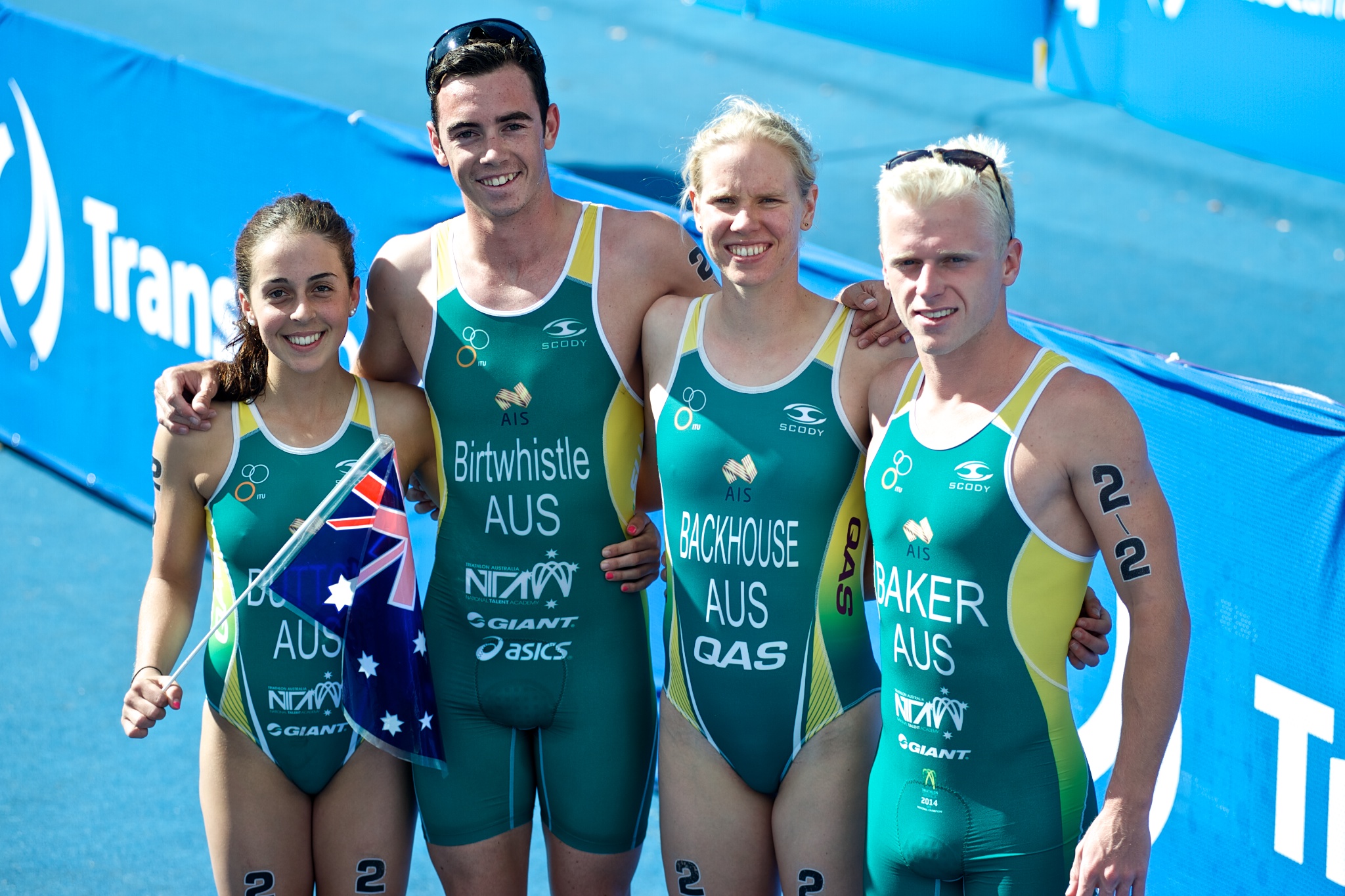 After losing time trying to get her wetsuit off in T1, Youth Olympic Games gold medallist Brittany Dutton produced a dynamic bike ride and run to put the Australians back in the medal hunt.

Birtwhistle was up against good friend, Canadian Tyler Mislawchuk his training partner and house mate from his Spanish training camp in Vitoria, Spain and after trailing Mislawchuk out of the water caught and passed him on the bike. 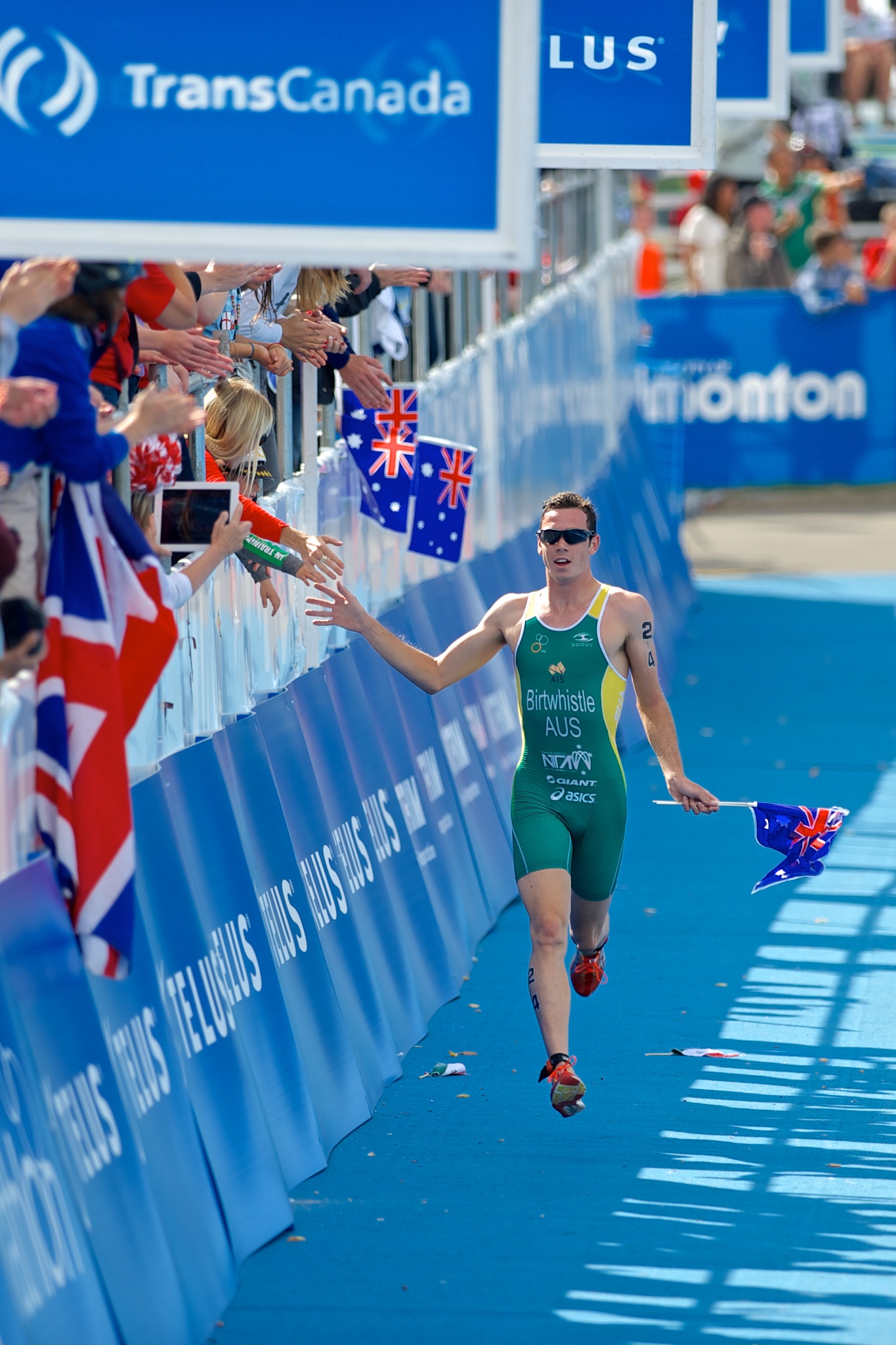 Both outstanding runners, it was Birtwhistle, one of the fastest Under 20 runners over 3000 and 5000m in Australia and this year's Junior Zatopek champion held his lead over the 1.6km course to seal second and his second silver medal of the championships.

It also gave Backhouse her second silver of the week after her second place finish yesterday in the Under 23s World Championship.

For Dutton it gives her a full set of gold, silver and bronze for her "championship season" - after the never-say-die 16-year-old gold in the Youth Olympic individual race and bronze in the YOG Mixed Teams Relay for Oceania.

It is also a deserved finale for Baker who was a close up 12th in the Under 23 individual event.

There were also silvers to Elliot Brown and Craig Davis who added to Australia's medal tally on the final day. Brown followed his gold in the Sprint Triathlon on Friday with a silver medal behind Ian Boggs (USA) in the 20/24 years Standard (Olympic) Distance event.

Davis won his second silver medal of the Championships, when he finished second to Great Britain's Neil Eddy in the 25/29 years age group.