The Triathlon ACT Board is responsible for overseeing the organisation of Triathlon, Duathlon, Aquathlon and Multisport events. Each year Board members are elected at the Annual General Meeting and serve a term of two years as custodians of the sport. The current Board consists of the following wonderful people: 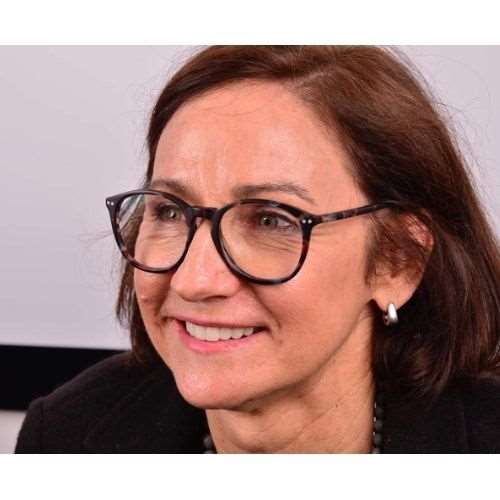 I was introduced into the sport of Triathlon in 2019 via the amazing novice program run by FIT.  The desire to be part of a community to challenge myself along with likeminded people and with the bonus of getting fit. I represented Australia over a 20-year period, from junior to senior ranks, culminating in representing Australia at the Commonwealth Games, 1986, World Championships, 1987 & Olympic, 1988 in the 400 metre hurdles.  Upon retirement my husband John and I established ‘Across The Line’ consulting, providing change advice and program management services to the public and private sectors in Canberra and Sydney.  As a Board member my passion is to co-create an environment where everyone, whatever fitness level you may be to challenge and enjoy the joy of racing, being fit and friendship. It is also to provide an avenue for our young triathletes to aspire and be inspired to reach their potential.   Along my own journey I received so much help and I believe it is important to flow back to what has given you so much joy, success and friendships for the next generation.

My interest in triathlon started when I was living in the foothills of the Rocky Mountains in Colorado in the early 2000s. I'd run a couple of big US marathons by then, but had never even owned a road bike. Other members of my running club were diversifying into triathlon, and I bought a beautiful second-hand Kestrel time trial bike and joined them. I was hooked, despite a spectacular crash in front of the crowd in my first race when I failed to unclip in time coming into T2. I worked out pretty quickly that I was happier with longer distances, and that there is nothing quite like a destination race. Since then I've completed triathlons, marathons and trail runs all over the world, including four ironman races, 15 marathons and ultras, and age group world championships in Perth, London and Budapest. Some favourite lesser known races include Miami Man, Ironman Coeur D'Alene, Marathon du Cognac and the Midnight Sun Marathon in Norway.  My participation and fitness levels have dropped off in the last few years, but I still love that race day feeling, even though I am now a lot further back in the pack than I used to be. I've also been involved in the administrative side of sport for some time, serving on the committee of the Canberra Bilbys Triathlon Club for several years, as well as other triathlon, running and aero club committees when I was living overseas. I've been a Technical Official for the last six years. I'm looking forward to serving on the TACT Board and getting involved in our sport at a broader level. Outside of triathlon I am an ex-Army officer and long term public servant with Defence, and live in the inner North with two dogs and cat, enjoying all that the Bush Capital has to offer.

I was introduced to triathlon in 2013 when I supported a friend competing in an all-women’s triathlon. I was overwhelmed by the atmosphere of support and excitement and as a result started training immediately and participated in the novice program run by FIT. I have since competed in two Age Group World Championships and many races across Australia in the past 8 years making lots of friends along the way. I am passionate about triathlon, and training is a way of life for me. I volunteered to be a Board member to give back to my sport. The Board needed a Treasurer and I have been able to bring my experience as an accountant working part-time for my husband’s business to the role. Being on the Board I want to contribute to promoting triathlon to the many diverse communities in Canberra as well as to all age groups to participate in the multitude of events that makeup multisport and come under the umbrella of Triathlon Australia.

After competing with teams in triathlons for a couple of years, I completed my first solo triathlon in 1999. Having found that my fast-twitch fibres no longer existed, I decided that I was best suited to triathlons that gave me plenty of time to finish so I’ve done quite a few ½ Ironman races and 8 Ironman triathlons since then.  Short and multi-day adventure races also caught my interest in the mid ‘90s. After being a board member and vice president of the Vikings Tri Club for several years I found myself on the TACT Board (still not sure how that happened), vice president and became president in a period of change within TACT, on the national scene and within Triathlon Australia – that change is still happening. I very much enjoy working with a great bunch of people on the TACT Board and in the TACT office. During that time I also developed a keen interest in the organisation and running of triathlons. After a period of learning how to set up and run a race, including jointly managing the Australian Duathlon Championships in 2007, I “flew solo” as a Race Director several years ago. Hopefully this season will be my last on the race organisation side of TACT so that I can compete in a full season of TACT races – unfortunately, the fast guys in my age group are still racing. 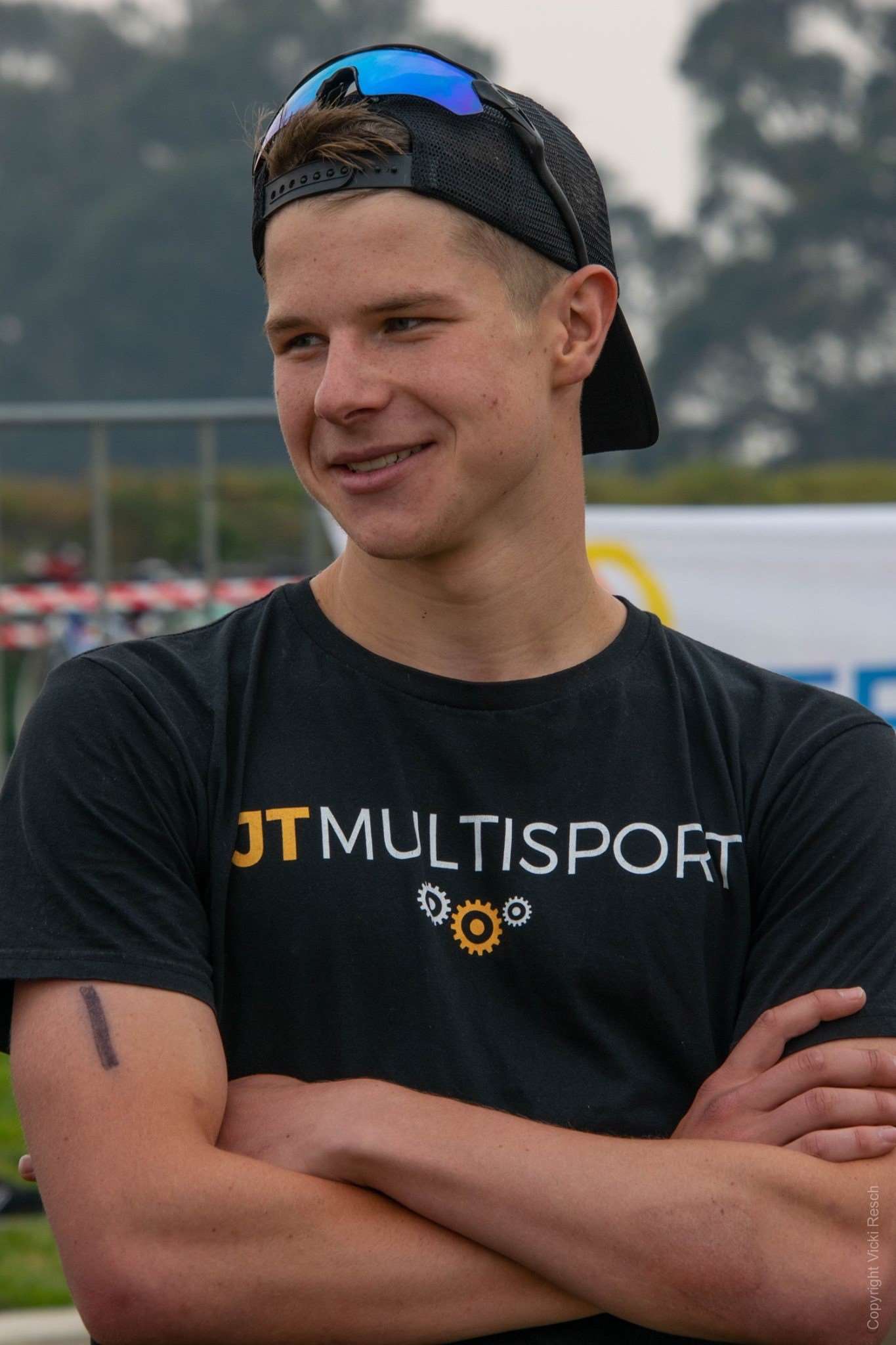 Following an 8% shooting accuracy rate in my first season of basketball and the realisation that fast-twitch fibres weren’t a thing for me, I was diplomatically guided by my parents towards endurance sports from a young age. I came over from Melbourne to Canberra in 2017, being fortunate enough to have been a recipient of the Tuckwell Scholarship to ANU and am currently in my third year of a Bachelor of Actuarial Studies and Bachelor of Medical Science which has been very rewarding. During this time, I’ve also been running an online high school tutoring business across Victoria, ACT and NSW. I started triathlon 2 years ago, and more recently joined JT Multisport in the lead up to my preparation for the World Championships this year. As altruistic as it might sound, I’ve chosen to be on this board for a purely selfish reason- the self satisfaction of making a difference for others, in an area of my life that I am super passionate about. I am very excited to start working with all the other talented members of the TACT board!

I'm an accidental triathlete having been drawn into the sport after seeking out a coach to help me train for a 5km swim. But it turns out if you hang with triathletes for long enough, they make you one of them. I have been involved in sport my whole life, having been a swimmer, a hockey player, and a rugby player as a child, before deciding to give water polo a go while at college in the US - I mean, how hard could that sport be!  During my junior sporting years, my parents were always on the sidelines giving back to the organisations that gave their children so much, whether as a coach, administrator or as a match day announcer. I have carried this ethos with me during my involvement in sport as an adult. I have coached and refereed water polo at the local and state representative level for 5 years and have since become a nationally age grouped ranked referee, as well as serving on the Board of Water Polo ACT. Professionally, I have worked in the APS for 13 years, beginning as a communications professional - including serving as a media advisor and speech writer - and now in strategy and governance roles. Since becoming involved in triathlon, I have gained my LTO accreditation, and look forward to bringing my professional skills and sporting knowledge to the TACT Board. I hope to contribute to the sport through supporting growth and diversity and ensuring there is opportunity for every individual at whatever level they choose to participate.