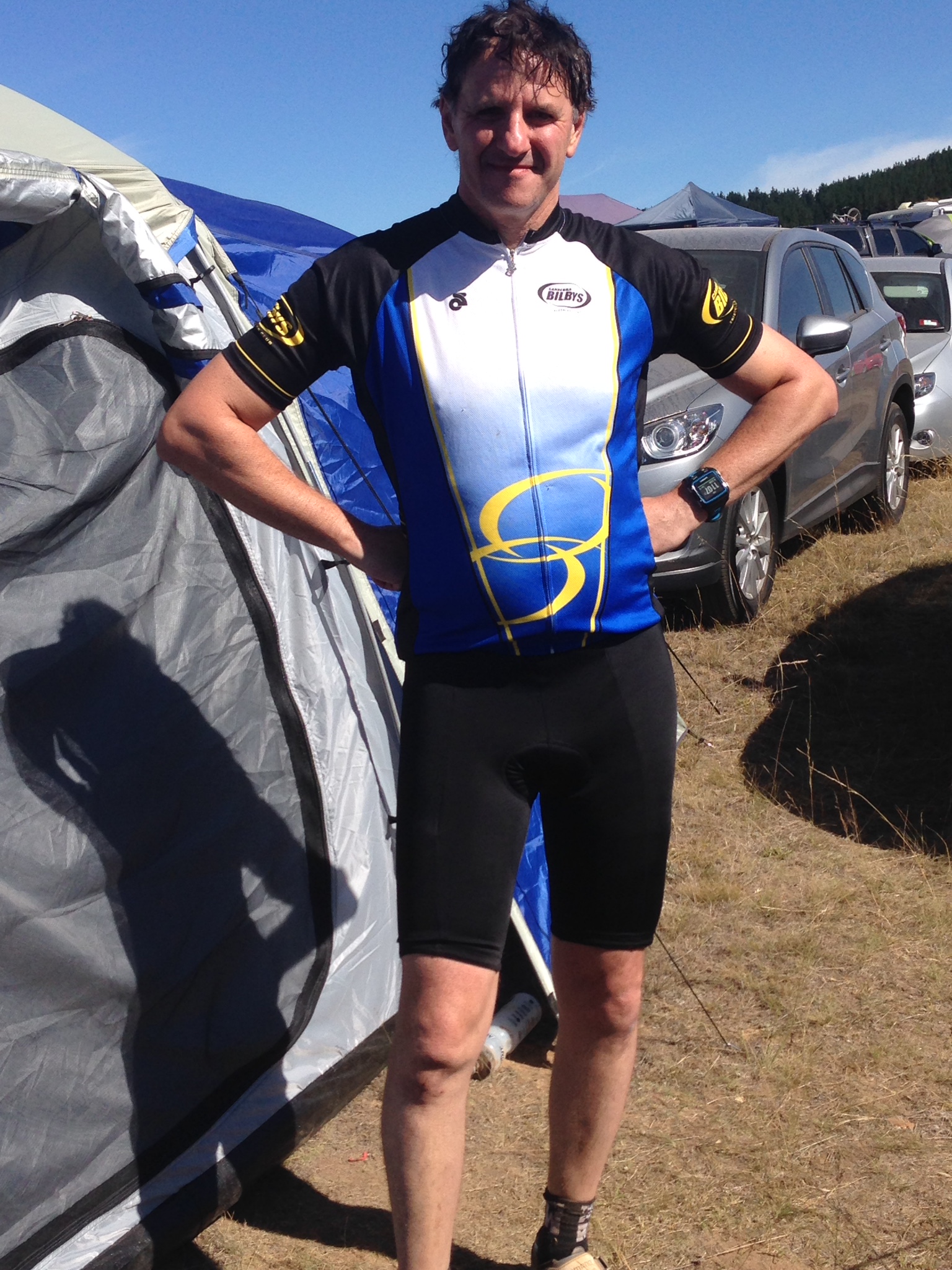 Achievement: Finalist 2016 Volunteer of the Year

How many years in triathlon: 3

What inspired you to take up triathlon?

I was recovering from a fairly serious illness that had put me in hospital for a fortnight and laid me up for a couple of months in total. Plus I was about to become a father and needed to get fit. I had played social indoor cricket and soccer for many years and was becoming increasingly dissatisfied with it. There were too many buffoons and I couldn't see why I was paying good money for poor facilities, crap officiating and idiots who saw these competitions as a pathway to impose their own perceived magnificence to the world.
I decided to try the Bilbys novice program and haven't looked back. I am actually enjoying my social sports again.

What is your favourite training session?

What is the toughest challenge you have had to face in life and how did you overcome it?

I was a pretty bad asthmatic as a kid, with a few close calls, leading to me being in and out of hospital lots until about the age of 7. It meant I was always behind in early primary school and fairly rubbish at sport because I couldn't do all those activities that teach you coordination, running, catching etc, plus I could never develop any fitness.
Swimming was a big factor in improving my health, as was taking up the euphonium for a while. Plus the dedication of the staff at the Royal Children's Hospital Melbourne and eventually improvements in asthma treatment technology. In terms of sporting prowess, I have had to learn that I am never going to be a top competitor in anything, but as long as I am having fun, getting the odd PB and giving my all, I'm happy.

What advice would you give to a first time triathlete?

What do you love about triathlon the most?

The people I have met in triathlon have been some of the nicest, supportive and encouraging of any sport I have tried. I have made lots of new friends.

Who do you think is the most influential person in the world and why?

Dr Who because he keeps saving it.

What is unique about triathlon that is different to any other sport?

It caters for everyone from elites down to lifestyle athletes like me. There is always an suitable race distance for you and competing against your own age group is great.

If you could change something about triathlon, what would you do?

If you found yourself on a deserted island, what are the five most important things you would want with you?

Well water, food and an emergency beacon would be a good start, but I don't think that's in the spirit of what you are asking. So in the right spirit: my mountain bike, my music, a foxtel box and tv so I could watch the footy, my iPad and a phone to call home.

1. Movie – Local Hero (co-staring a young Peter Capaldi aka Malcolm Tucker, aka The Doctor).
2. Food – Chocolate
3. Race – Hussky Tri Festival in February
4. Athlete – Robbie Flower – a childhood sporting hero and one of the best footballers never to win a Brownlow. Just beautiful to watch him play and a top bloke too. I had the pleasure to meet him once and after I finished gushing about how great I thought he was, all he wanted to do was talk about me.  He was genuinely interested. It wasn’t a 30 second thing to appear interested, we chatted for about 10 minutes. Unfortunately he died a couple of years back, way too young.
5. Place to train – Wherever the Bilbys are training.