Introducing Matilda Offord, New South Wales triathlon star on the rise. Matilda joined the Triathlon NSW emerging talent squad in 2017 and has since progressed into one of the rising stars in the sport in NSW and across Australia.

Triathlon NSW caught up with the young gun about how she got into triathlon, lessons learnt from being a part of the Development Squad, the importance of being part of a triathlon club and her motivation and inspiration behind the sport.

"The club environment removes the solitary nature of triathlon. Friendly rivalries and competition present within clubs and between clubs pushes athletes to go that little bit faster. The NSW Interclub Series have done an awesome job of initiating club pride! These clubs create an awesome team environment and provide training and racing opportunities for all."

How did you get into the sport of triathlon?
I had been competitively running at a national level for as long as I can remember but as I started to grow, I went through a rough patch with some injuries and my physio recommended I did some cross training so I added some cycling and swimming. Due to my competitive nature it didn’t take long for me to start doing some triathlon races and one of my first was the 2016 NSW All Schools triathlon. I figured I’d just give it a go, then I somehow I managed to make the state team. Since then I’ve been hooked on triathlon and running has taken a bit more of a backseat.

Highlights from being part of the Triathlon NSW Development squad?
I joined the Emerging talent squad in 2017 when I was still very green to everything triathlon. I still remember my first camp in Wollongong and coming home being so overwhelmed about everything I didn’t know or couldn’t do yet. However I’ve come a long way since then and a large proportion of my development has occurred due to the inclusion of being in both the emerging talent and U23 squads.  Some of the highlights of the squads would be the race and training camps but I also love getting along side the younger athletes and watching them improve and learn. The comradery in the squad is infectious and make NSW a state to be reckoned with. 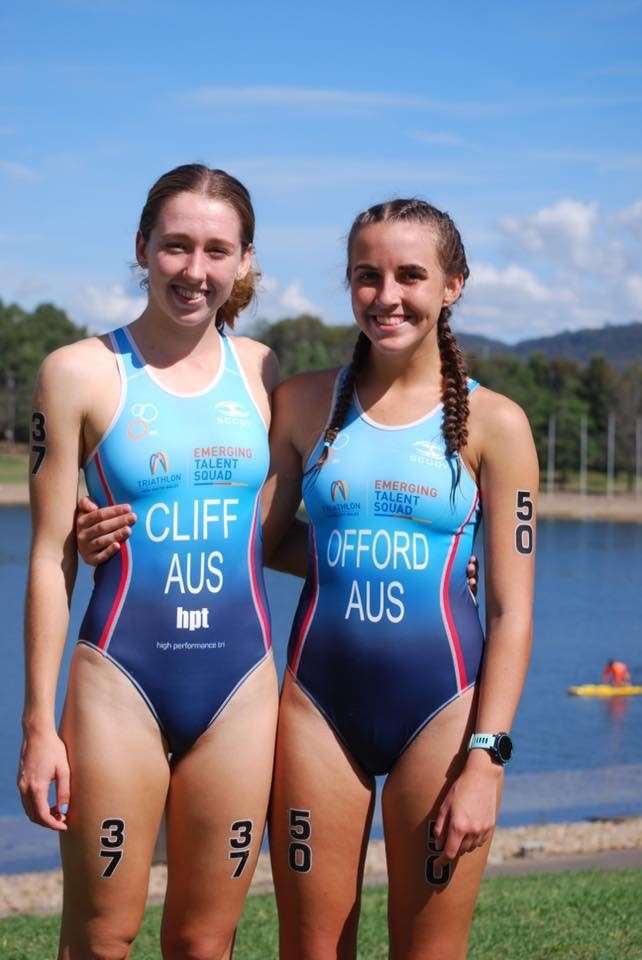 What have you learnt about travelling as part of the team?
Triathlon at a junior level is all about learning and getting a taste for the sport. The squad provides avenues to learn about all the aspects of triathlon from various outlets such as your personal coach to other NSW and interstate coaches and fellow squad members. But the most invaluable aspect of the squad is the life skills you learn, often for many of the younger athletes being in the camp environment is their first time they have been away from their parents prior to a race or it’s the first time they are solely responsible for their race preparation so “basic skills” such as navigating the airport, nutrition on race day, packing your bike and cooking along with many other things that are vital factors of triathlon are being taught and it’s this accountability and ownership that allows athletes to grow and learn and in turn perform. The squad also encourages peer learning and often being able to sit back and watch what other athletes do whether it be what they use to get their wetsuit to come off fast, or transition tips and tricks and then being able to implement these tricks that in your own race with a “learn, search, discover” focus is more invaluable knowledge that cannot be taught. The friendships you gain through the squads are so valuable and show another way how triathlon is more then just a sport but rather it beings people together.

How do you feel you have progressed through the sport of triathlon?
This is my third ‘full’ season of triathlon and it’s been a bit of a whirlwind journey. I still consider myself really new to triathlon, as my progression has been so rapid. I’m constantly learning which keeps things interesting and there is always someone to chase or something to perfect, which I really enjoy. Many of my competitors have been doing triathlon for as long as I did running so making the switch was always going to be a tuff but I love a challenge. Triathlon the past 3 years I’ve been competing at the top level in Australia at both a junior and U23 level and in winter 2018 I had to opportunity to taste my first European experience and can’t wait to go back cause my racing has evolved a lot since last year! I’ve had a couple of injuries over the past seasons so consistency in training hasn’t always been there but I’m finally starting get some solid training done in a great environment and I’m really excited for what next! Currently triathlon is one of my main focuses and I really want to see where this sport can take me, so watch this space!

A memorable race and why?
This is a hard one; I don’t have a specific race that sticks in my mind. As a strong runner the feeling of running through the field is a pretty awesome or some races that I’ve had awesome swims and come out with lead pack are pretty cool but a race I can vividly remember would be National All Schools in 2017 it was my first real taste of triathlon nationally once I seriously started doing it - individually I placed 7th but the best part would be being part of the NSW Gold medal winning relay - nothing’s better then being part of a team and a win is a definite bonus!  Some other memorable races would be from Europe the iconic blue carpet, paired with picturesque locations are definitely really cool.

Is your family into the sport of triathlon?
I’m from a big family (6 of us all up) and before I started triathlon 3/4 of us kids all did running at a national level. Now I’ve made the switch to triathlon, my youngest brother, Joel, is following in my footsteps (making his first NSW team this year), my other brother however is still running - I haven’t managed to convert him yet. My parents are both really active but neither of them has actually done a tri – they probably wouldn’t have the time between being personal taxis, chefs and major sponsors of all of us kids. They are both so supportive and generous and I probably would of never start triathlon without their input  - I’d hate to see the amount of km we as a family have racked up travelling across the country for sport.

How do you balance studies, every-day life with your dedication to the sport of triathlon?
Triathlon is a really time consuming sport, especially once you start going up the ranks. I’ve always prided myself with my organisational skills and having the ability to use my time as effectively as possible.  I started university this year and I’m studying paramedicine full time at Western Sydney University (also super supportive for my triathlon goals), training full time and working where I can. My days are very busy but I wouldn’t have it anyway other way. I often go for a long ride and listen to a lecture or record my study notes and run to them - not always the most motivating thing but its works and its an investment into the future. I pride myself on achieving athletically and academically so I do what I have to do in order to achieve this. I also surround myself with people that are supportive of my goals and dreams, my friends, family and work are all supportive of my crazy schedule and help me find a nice balance between all aspects of my life and in achieving what is planned for me.

Who is your greatest mentor and why?
My current triathlon mentor is Katie Zaferes - I love her grit, determination and work ethic. I’m also really inspired and privileged to be friends with Nat VC - she lives locally and when she’s home it’s great to be able to do some sessions with her and to learn from her extensive experiences in the sport. 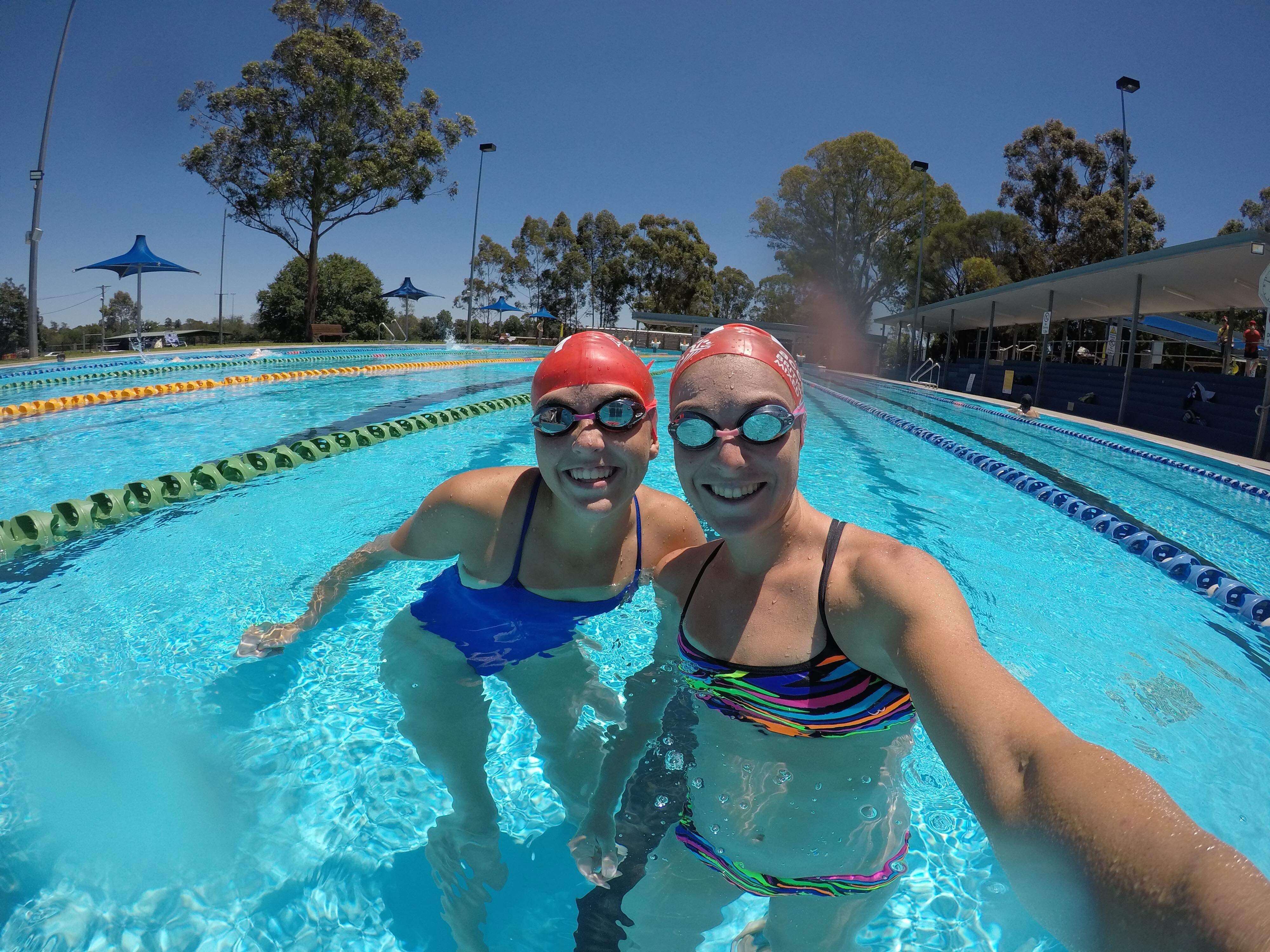 How important is it to be part of a triathlon club?
Triathlon is an individual sport. But a need for a support network is critical for athletes at all levels. A triathlon club can be one level in this support network. It builds an infectious community atmosphere and lets you learn and grow as an athlete. I’m a member of Hills and I’m also closely linked to Mac Tri. Both these clubs have taught me the basics of triathlon and played a role in me becoming the athlete I am today.

What does the club environment offer?
The club environment removes the solitary nature of triathlon. Friendly rivalries and competition present within clubs and between clubs pushes athletes to go that little bit faster. The NSW Interclub Series have done an awesome job of initiating club pride! These clubs create an awesome team environment and provide training and racing opportunities for all.

Why triathlon?
As I said earlier I love a challenge and triathlon pushes me on so many different ways. I love how there are always little things to work on and even if you win the race there’s always more things to build upon. I also love the tactical and technical nature of the sport, being able to break down larger movements and fine tune. Triathlon isn’t just physical it’s mental, its being able to push after not have to best swim or nailing your positioning in the pack and it’s this ability to adapt to the ever changing demands of competition keeping every athlete on their toes. It’s this variety that keeps me doing what I do everyday!

On behalf of Triathlon NSW and the wider community in Australia, we wish Matilda all the best across her career in the sport of triathlon. We look forward to what's ahead.