True to the words of the Jervis Bay Triathlon Club Dolphin's President Rod Rose, 'They had a point to prove'.  And prove a point they did, after taking out their first ever South Coast Interclub win at the Little Husky Triathlon Festival, conducted by our Race Director partner, Elite Energy Events.

But the Kiama Triathlon Club Coasters also 'maxed out' and remain the ladder leaders after another stellar performance from this South Coast powerhouse club. It was a case of 'the battle of the presidents' with Geoff Besnard, Kiama Tri Club President also chipping in some vital performance points for his Coasters.

The South Coast Clubs will go back to their corners, towel down and use their spit buckets before coming out for Round 3 at Kurnell 1, which will feature both a Super Sprint and Sprint race (the latter being the Performance Points earning race for the MVP title). With such a close competition, neither club will want to slip up and miss out, so watch this space for more updates!

Registrations are now open for this event

Rounding out the top three is Shellharbour Tri Club, who can once again be proud of their results and are proving to be a strong contender.​

For more information on the ICS, visit website: http://nswtriathlonclubseries.com/nsw-south-coast/ 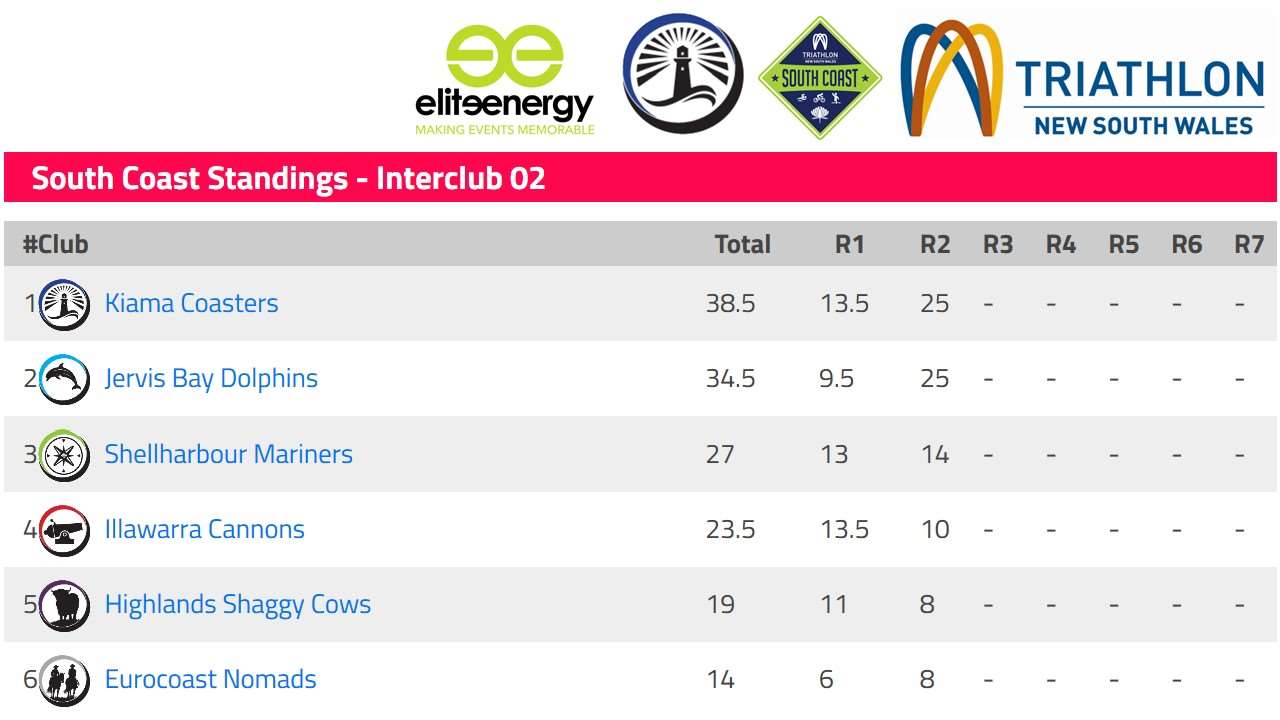