Wrap up from Challenge Forster 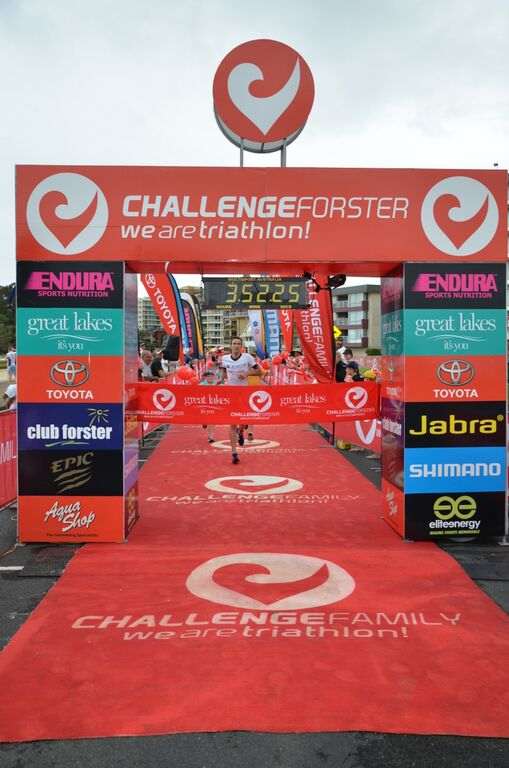 Thousands of triathletes and their families converged onto the Great Lakes region last weekend to take on Challenge Forster.

Despite the early morning drenching, it didn’t deter the hundreds of competitors taking part. There was a great mix of age and experience prepared to take on the conditions and the several distances on offer, ranging from the age of seven through to 79-year-old twin brothers Keith and Frank Pearce.

It was Gina Crawford who led the women out of the water into the first transition but it would be Courtney Gilfillan who would take the lead in the bike, a lead she never relinquished to claim her maiden Challenge Forster title winning in a time of 4:28.47. Crawford held on for second place (4:31.00) while Jessica Mitchell (4:35.14) claimed the final podium sport finishing third.

While there was several lead changes in the mens race, it was Todd Skipworth who led the elites from the water, and despite a late charge in the final minutes of the run leg from David Mainwaring, he was able to hold on for the win in a time of 3:52:29. Mainwaring ran in second (3:57.30) ahead of his housemate, Matthew Pellow (3.58.24).

In a truly inspirational story, Turia Pitt and her fiancé Michael Hoskins, also crossed the line in just over six hours in what was her first long distance event since sustaining life threatening burns to over 65% of her body in a freak fire while racing in a West Australian ultra-marathon in 2011. This was her first test ahead of her scheduled full long distance triathlon event in 2016.

For event organisers, Elite Energy, Challenge Forster was the first event of what will be a busy 2015/16 season, including the inaugural Wyong Triathlon Festival on the Central Coast next Saturday and returning to the picturesque South Coast in early 2016 for Challenge Batemans Bay.

For their full season schedule visit www.eliteenergy.com.au. All results from today’s event can be found online at http://www.multisportaustralia.com.au. 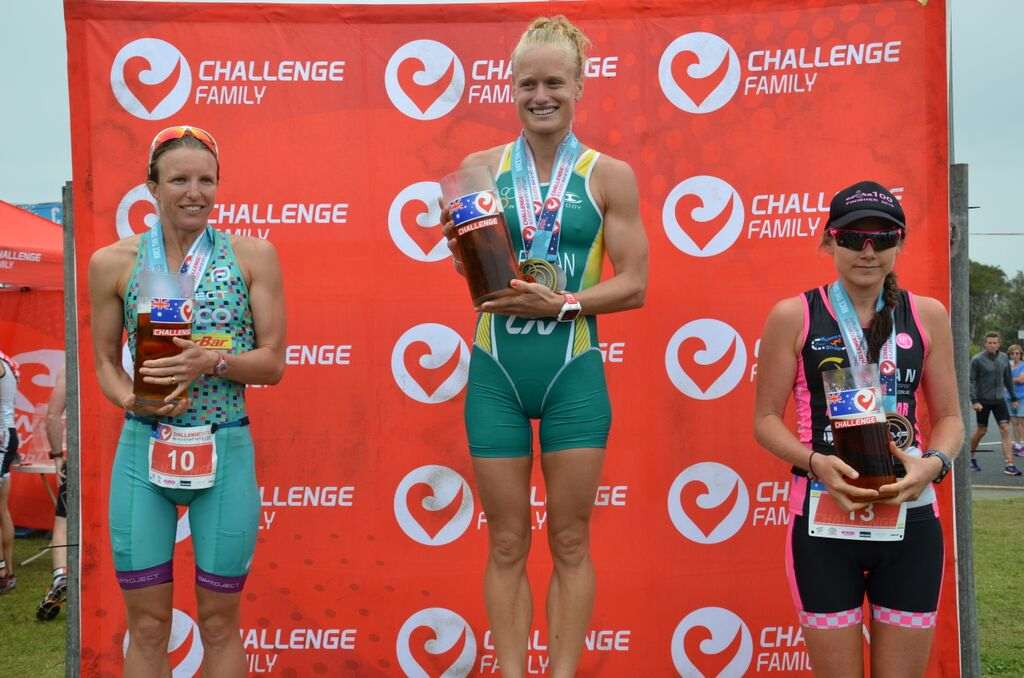