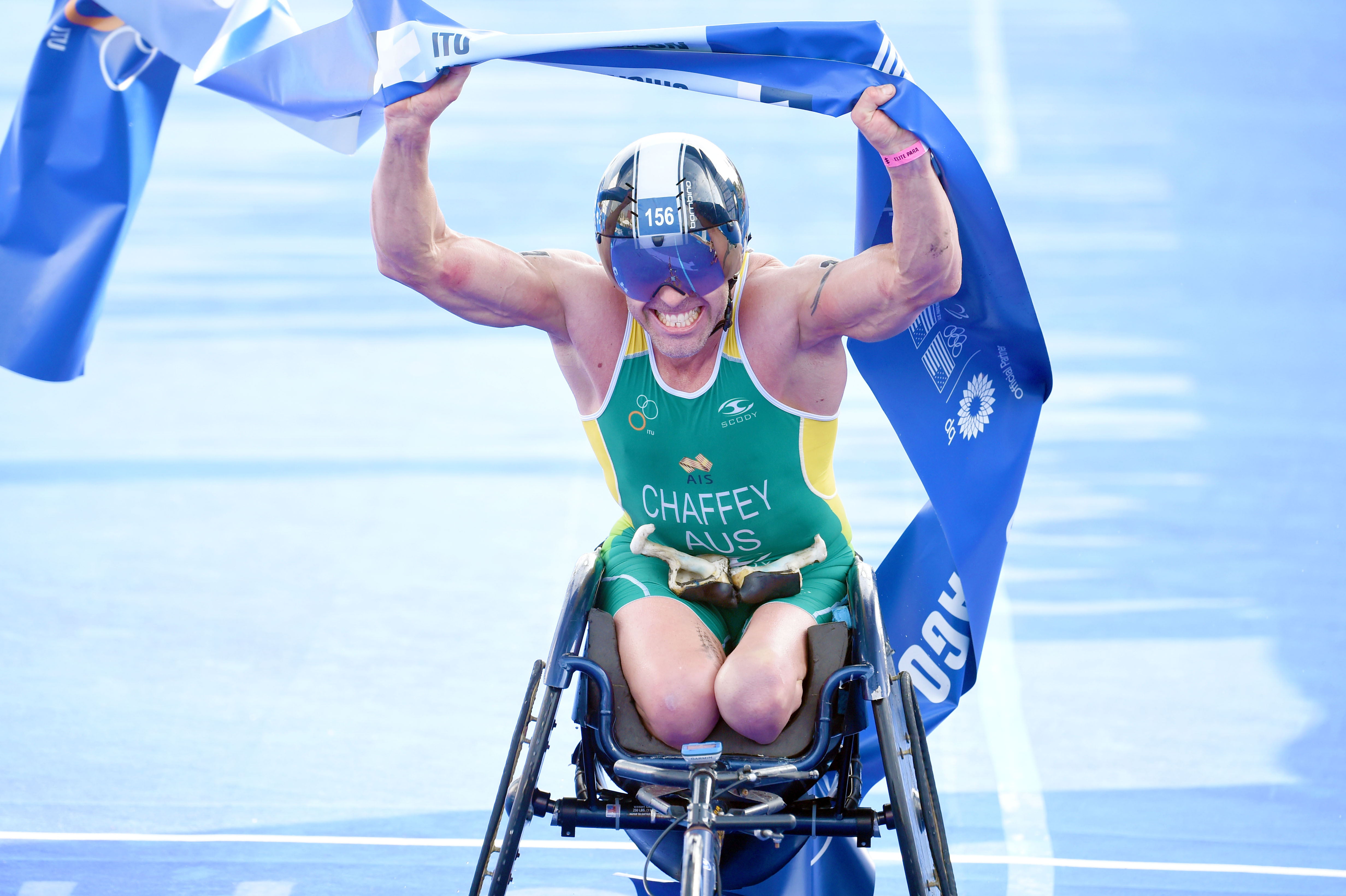 So how is the Commonwealth Games Team Selected?
With just over 1 year until the Commonwealth Games comes to Queensland,  Australia's elite triathletes are already working towards selection onto the Australian Team.
While ultimate selections will be made by Commonwealth Games Australia, Triathlon Australia will make nominations of the athletes they believe should be selected.
At Glasgow 2014 Commonwealth Games, Australia fielded a team of three men, three women.  The number of positions available for the Australian team at the 2018 Games will be ultimately determined by the ITU and the Commonwealth Games Federation.  Triathlon Australia's selection policy has been written to cover the unlikely scenario where Australia is only granted two male and female team places, with the third position being decided on a discretionary basis.
Paratriathletes in the PTHC classification will race in this Commonwealth Games, and is significant as it will be the first time paratriathlon will be included in what has historically been an able bodied Games.  10 athletes will be able to race.  The exact number of athletes that Australia will be able to field will depend on the allocation from the Commonwealth Games Federation, but it is anticipated to be 2 male and 2 female athletes.
Athletes, both able bodied and PTHC,  have their first crack at automatic nomination at the Commonwealth Games test event on the Gold Coast on April 8th.  In this race, the first Australian man and woman across the line, provided they are in the top 10 finishers, will earn an automatic nomination for the team.  Naturally, the automatic nomination hinges on health, fitness, and athletes adhering to TA high performance policies.
If an Australian doesn't finish in the top 10, then that place becomes a performance based discretionary nomination to be decided at the end of the WTS/paratriathlon season.
For able bodied athletes, the second opportunity for automatic nomination is at the WTS Hamburg, Germany race in mid-July 2017.  Again, the first Australian across the line in the men's and women's event (provided they finish in the overall top 10) will gain a nomination.
The third position for able bodied athletes and any subsequent positions available for the PTHC category is discretionary and will be decided upon by the Triathlon Australia Elite Selection Committee at the end of the 2017 World Triathlon Series/World Paratriathlon Series.  Factors which will be taken into consideration include performance at elite level over the past two years, health and fitness and ability to be a team player.
Nominations will be finalised by the end of January 2018 and submitted to Commonwealth Games Australia for official selection and announcement by the end of February 2018.

Full copies of the selection policies can be found here: http://www.triathlon.org.au/Elite/Policies__Selection_Criteria_and_Nomination_Links.htm