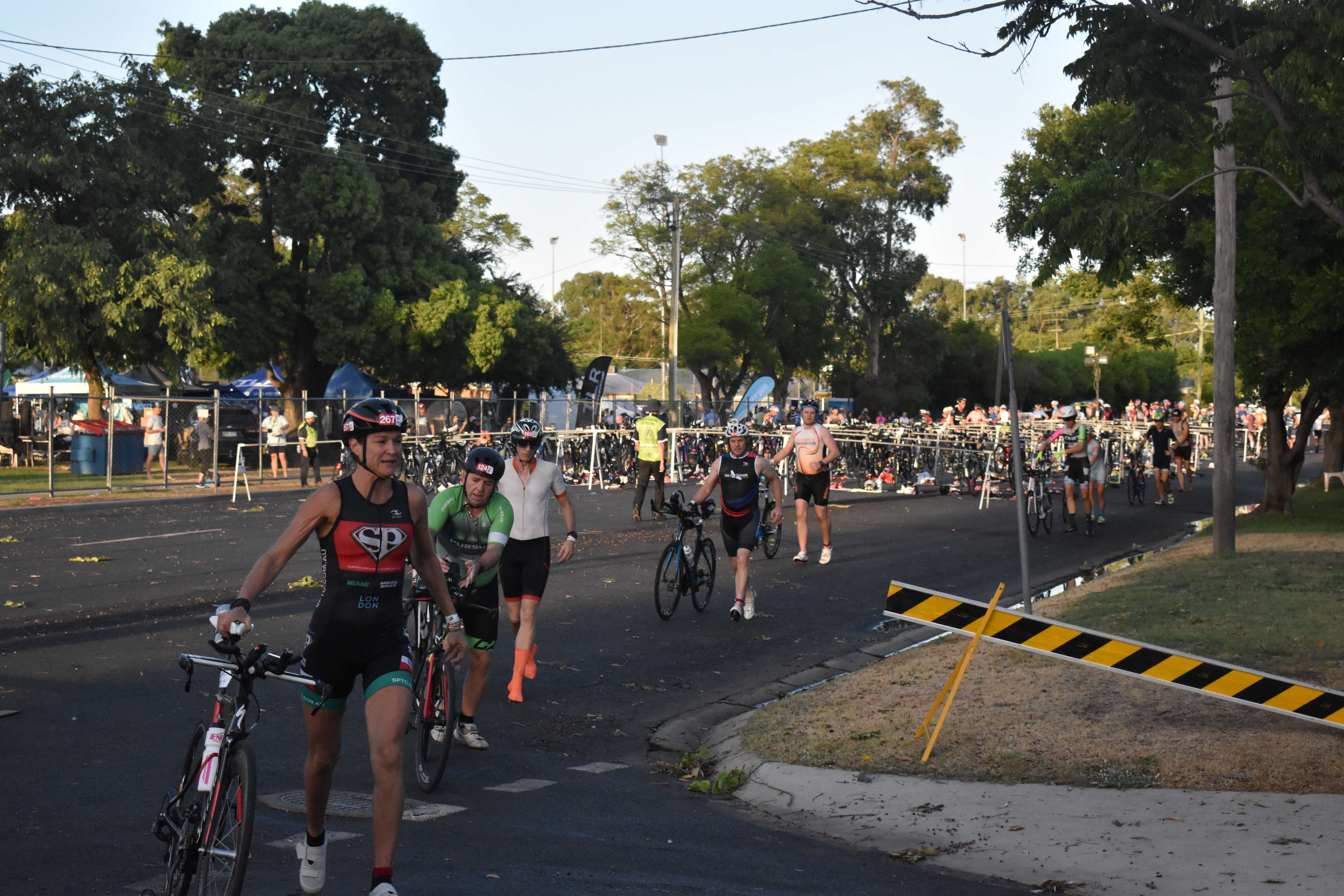 The return of toughest Triathlon in Queensland saw over 250 athletes vying for the Queensland Long Course State Championships and Nissan State Series Points.

Top performing Queensland athletes Max Neumann and Sarah Crowley reclaimed their Hell of the West titles and took out their own course records.

Goondiwindi turned out favourable conditions after a heavy dust storm on Saturday afternoon.

In the Nissan State Series, it is Dominic Churchett (Toowoomba Triathlon Club), Rhys Jones (Fitzroy Frogs) and Damien Jeffery (South Bank Triathlon Club) in the men’s who have shot to the top by claiming the top step, and it’s Ashleigh Hunter (T Zero Multisport) and Janet Mcafee (East Coast Cyco’s) currently topping the leader board in the women’s.

All the athletes were once again treated to the hospitality Goondiwindi are well known for with their town turning out to support what has become one of the many iconic Queensland triathlons.

Toowoomba Triathlon Club were well represented on the day taking out the Neil Pagey Award for best attendance from our affiliated clubs.

Round 13 of the Nissan State Series has concluded after a hot weekend of racing at HOTW. As we head towards the finale of the Series, age groupers will be looking to gather valuable Championship points at the Queensland Championship events, including Round 15 at Kingscliff and Round 16 at Morten Bay.