Next weekend the Bayside Triathlon Club celebrates its 25th Birthday! Established on the 17th June 1990, the Bayside Triathlon Club was formed to fill the gap between Melbourne and Mornington and by August of the first year the club’s membership had increased to 90. With a catch cry of “eat ‘em up”, “The Sharks” couldn’t have been missed on course in the first three years with their first uniform of blue, fluoro orange and fluoro green! This was then toned down in ’93 to the current club colours - navy and fluoro yellow.

Graeme Mills was the foundation member of Bayside Triathlon Club and ran the swim coaching at King Club, whilst Wayne Clark coached the running at Dendy Park. The first President of the Bayside Triathlon Club was Mark Slykhuis holding the Presidency for 10 years and 25 years on still contributing to triathlon through St Leonard’s College. Joining him as some of Bayside’s longest serving members are Scott McVilly, Kim Wilson, Mark and Darren Trew.

Christian Steguweit, Bayaide’s current Duathlon Race Director, was a key driver in the joint venture with Taylormade. An important moment in both club’s histories was the amalgamation and it allowed the clubs to align their values and benefit in spreading the workload of the committee. 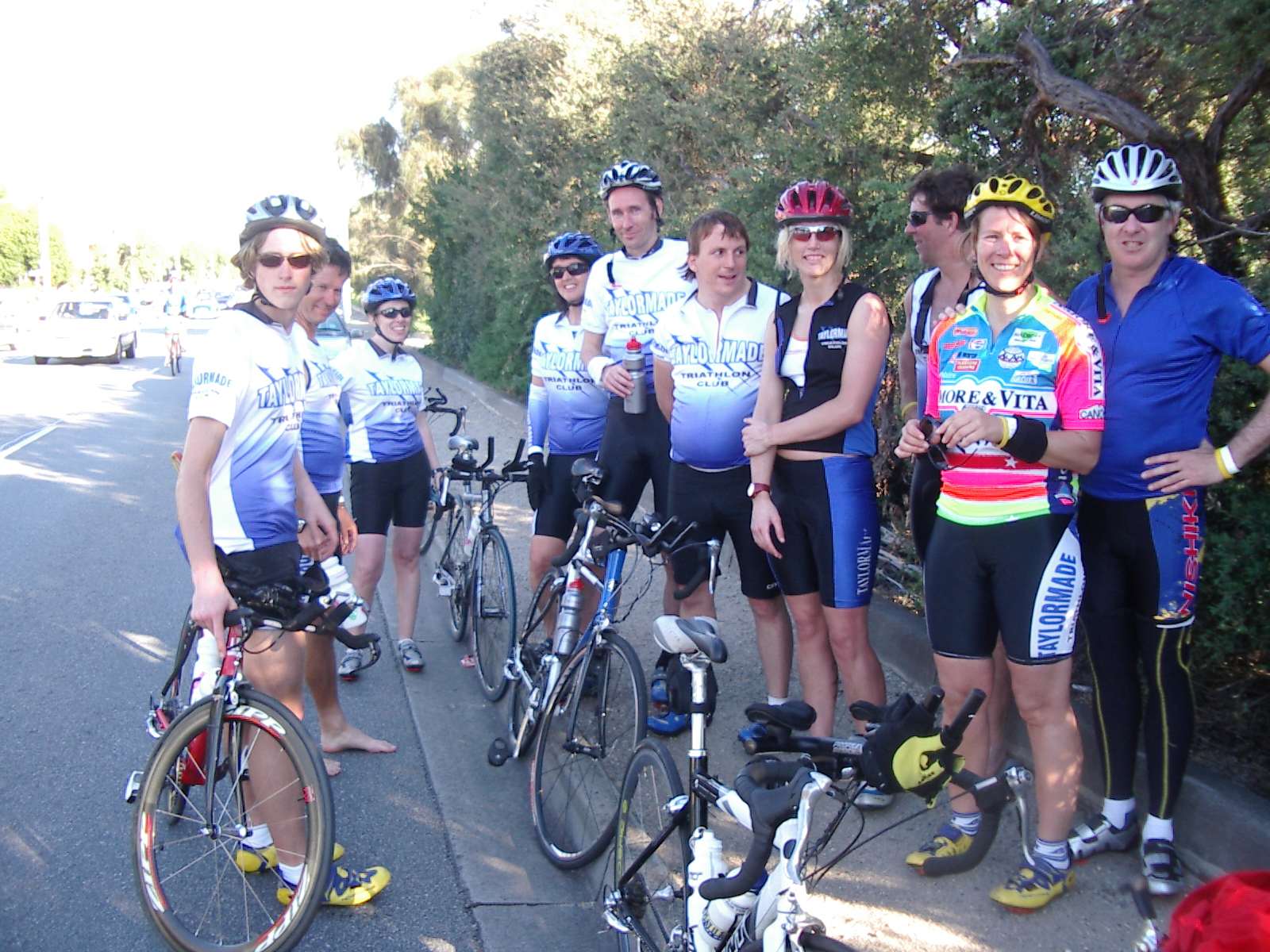 The committees believed that the Taylormade philosophy of being a vehicle for novice triathletes to be introduced to the sport in a friendly way would be a good balance to the 'Ironman club' reputation Bayside had. Merging the clubs would allow the continued focus on novices and the opportunity to progress within the single cluband significantly the history and contribution of Taylormade would be forever a part of Bayside’s history.

Fast forward to 2016 and Bayside Triathlon Club has over 300 members and has a modest clubroom facility in Sandringham. They are Victoria’s biggest club and a great supporter of races from novice to ironman.