Following the announcement of the exciting new partnership between Triathlon Australia and Sanitarium Health & Wellbeing earlier this month, National Participation Programs Coordinator Tracy Doherty said “Our organisation is excited to be able to work in conjunction with Sanitarium Health and Wellbeing to promote the Weet-Bix Kids Triathlon Series and to provide the opportunity for more children to be a part of triathlon”. Triathlon Australia will be working together with Sanitarium Health & Wellbeing, the proud owners of the world’s largest kids triathlon series, the Sanitarium Weet-Bix Kids TRYathlon. The program aims to help increase the number of Vic children participating in the 2017 series through attracting more children through to its Weet-Bix Kids TRYstars and schools programs.

During the Melbourne launch, St Kilda Primary School students from Prep to Grade 6 packed the school gym to hear all about the fun and excitement of the Melbourne Weet-Bix TRYathlon which is held in March every year. Volunteers from the audience worked together to complete a mock team triathlon whilst cheered on by their school mates.

TRYHero Tim Cahill, who is currently playing for Melbourne City Soccer Club in the A League answered questions from presenters and students regarding his sporting career, lifestyle and love of sport in general. Tim discussed with the students his love of triathlon as a sport for all. He told the students that if you can’t run all the way, you can walk and if you are struggling with the swim or the bike, the best part of the Weet-Bix TRYathlon is that there is always someone there to help you.

Triathlon Victoria will be heading back to St Kilda Primary School next week to provide students with even more triathlon tips and activities in preparation for the Melbourne Weet-Bix Kids TRYathlon.

The Melbourne Weet-Bix Kids TRYathlon will be held on Sunday 12 March 2017 at Catani Gardens in Melbourne. Registrations are now open - click here to register. 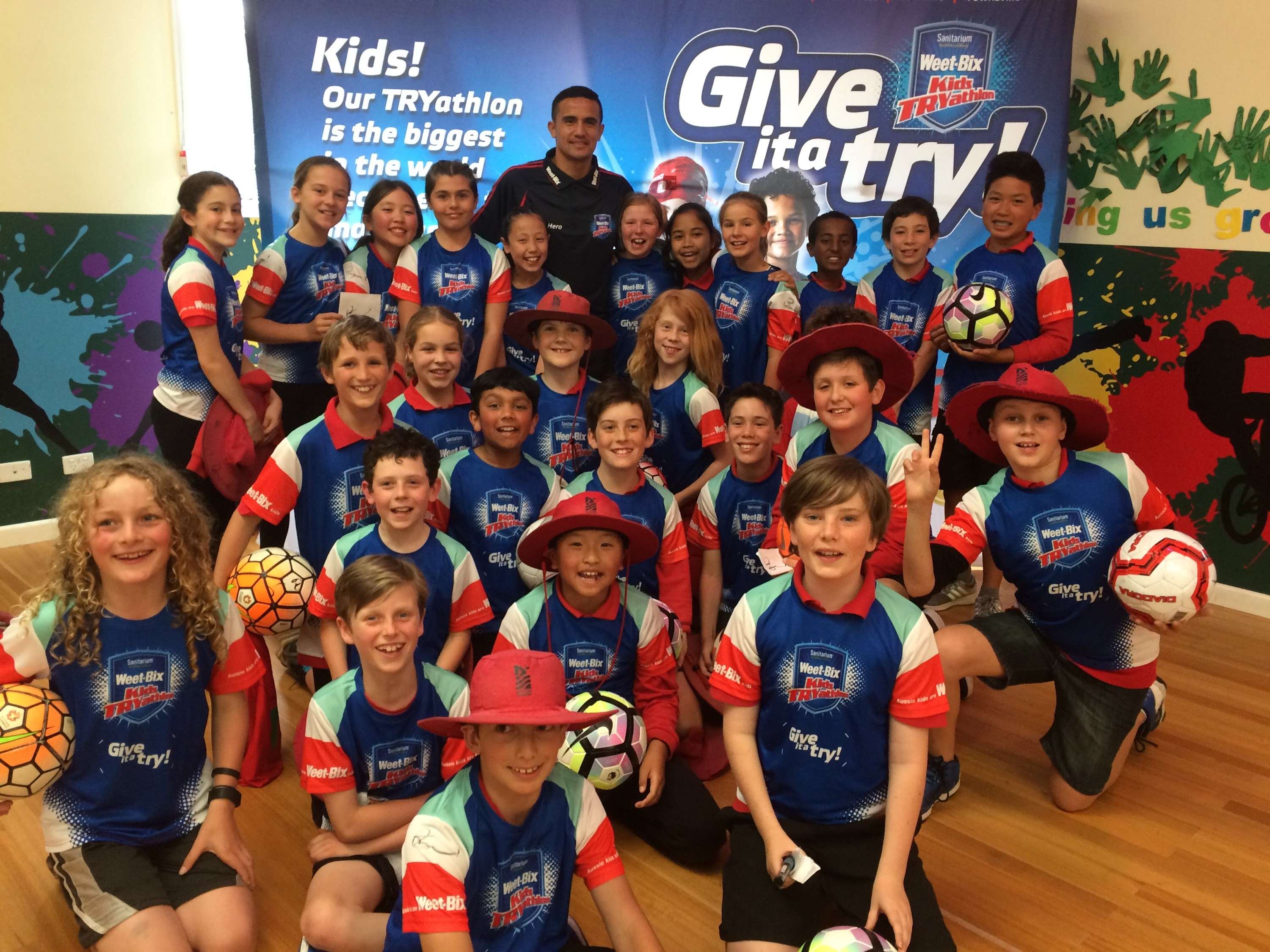